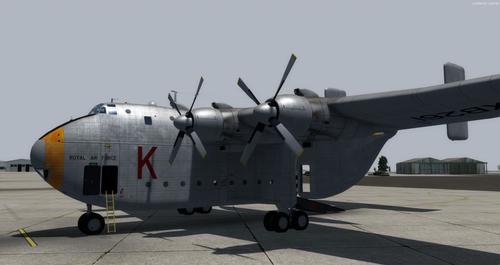 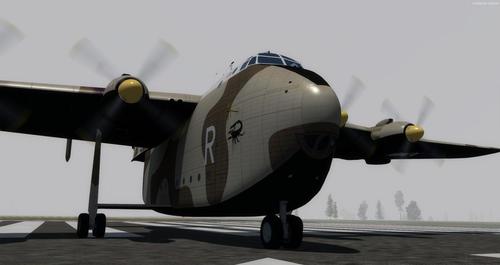 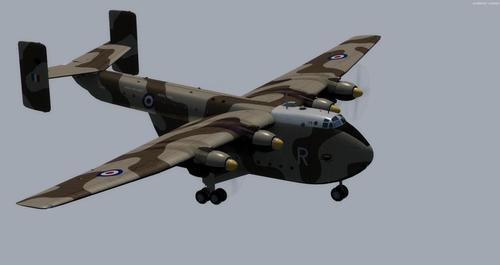 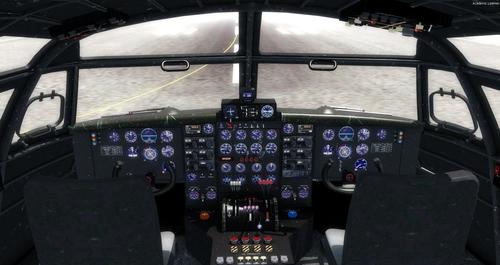 The Blackburn Beverley was a four-engined, medium-range high-capacity transport. Its first flight took place in June 1953 and a total of forty-seven aircraft were built.

The Beverley had an outstanding ability for packing and dropping heavy loads of up to 22 tons and, aided by powerful propeller reversing and a sturdy fixed undercarriage, it was able to land and take off at small and makeshift airstrips.

Employed on a wide variety of military and humanitarian missions, for the ten years of its active service it was the R.A.F.'s proverbial no-nonsense workhorse. To date, only the first production Beverley survives as a museum piece.

The model comes with an ILS and GCA-capable VC, variable intensity cockpit lighting, and propeller reversing. Two textures are included, XB261 representing a fictional reincarnation of the third production aircraft, and XM109 as painted in the 'Middle East' camouflage scheme of the final batch.

Models and textures by Manfred Jahn, flight dynamics by Wayne Tudor, and soundset by Ted Wolfgang.

It is important to read the documentation of this add-on to know how to use it and discover all its features.