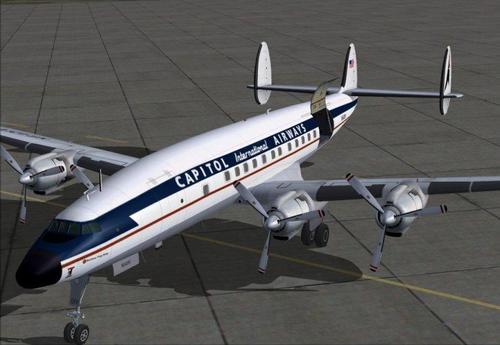 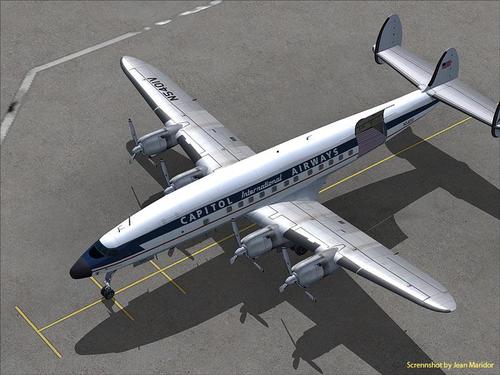 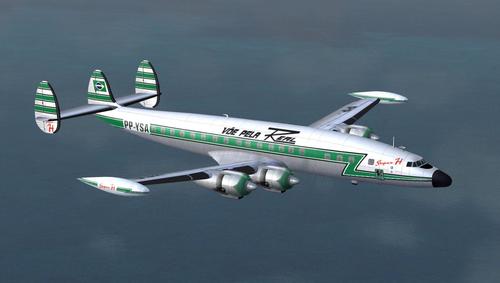 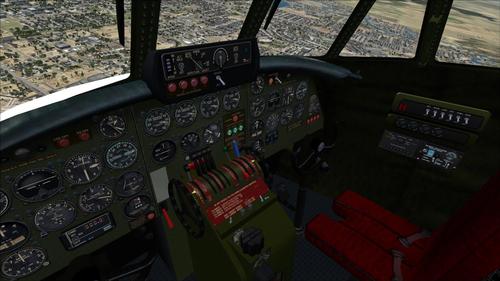 Fitted with large cargo doors and more powerful engines, the L1049H a.k.a. "Super H" or "Husky" was a convertible passenger/cargo version of the Super G Constellation. Included in the package are four models representing aircraft with and without radar noses and tip tanks.
Four repaints are included  : 1967 Capitol Airways, natural metal version, Real Aerovias and Airlift. Sounds and VC are included