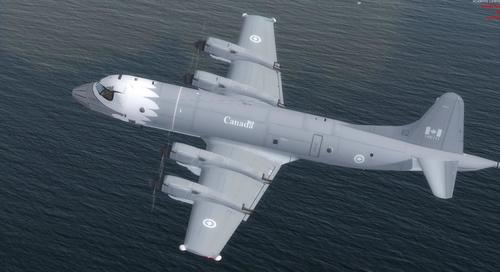 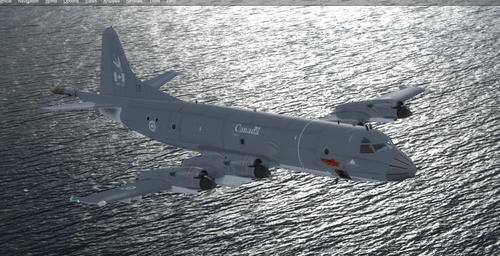 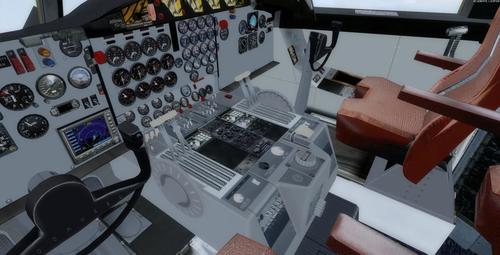 Complete airplane (exterior model + virtual cockpit + custom sounds + References) with four liveries of the "Royal Canadian Air Force". Thanks to Chris Evans for the screenshots and the idea of the pack.
Prepar3D v4 : Replacement of inconsistent gauges (32 bits) and bug fixing by Rikoooo.

The Lockheed CP-140 Aurora is a maritime patrol aircraft operated by the Royal Canadian Air Force. The aircraft is based on the Lockheed P-3 Orion airframe but mounts the electronics suite of the Lockheed S-3 Viking. "Aurora" refers to the Roman goddess of dawn who flies across the sky each morning ahead of the sun. (Wikipedia)