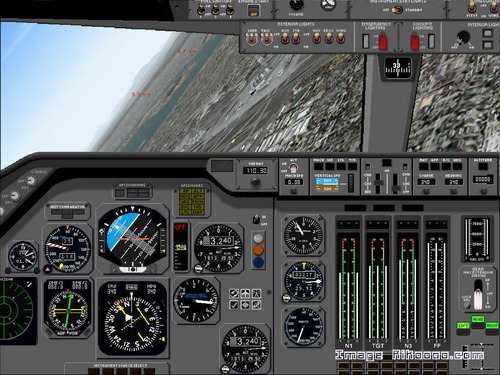 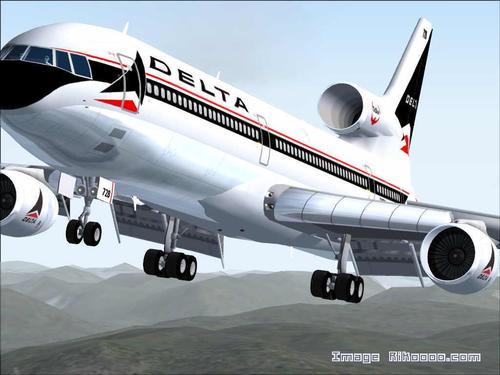 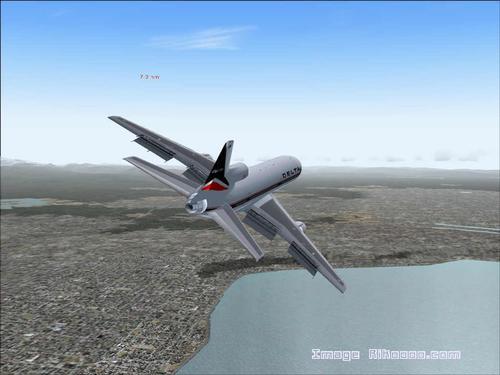 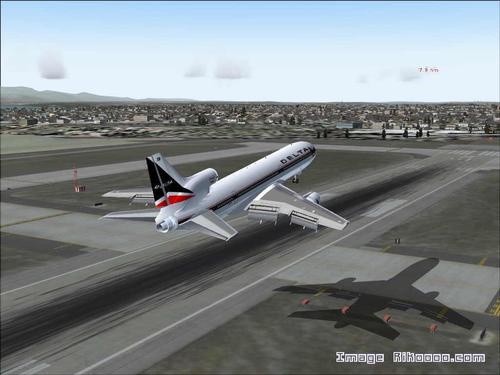 Wear the colors of Delta Airlines. One single repaint. Very pleasant flight. Attention to the minimum speed ! The Lockheed L-1011 TriStar is a long-haul aircraft trijet for civil and military, built by Lockheed in the 1970s and 1980s.

In the 1960s, American Airlines launched a bid to rival Lockheed and Douglas to design a long-haul aircraft smaller than the Boeing 747 but capable of covering links with London, the Caribbean and Latin America from company hubs in Dallas and New York. Lockheed TriStar then launches the program in 1966, but eventually chose the American Airlines McDonnell Douglas DC-10 and never commands the Ten eleven.

Making its first flight on 16 November 1970, the TriStar is considered for the time as a technological marvel. With a maximum capacity of 400 seats, it is relatively noisy, and shows sober enough fuel, thus ensuring good profitability for future buyers. The main difference that can be noted between the TriStar and DC-10 competitor is the third engine Lockheed is integrated into the tail of the aircraft (like the Boeing 727) for more stability while that of McDonnell Douglas is located in the same place but externally to gain power. Unfortunately, the technique chosen for the TriStar causes additional design time about a year, while the McDonnell Douglas DC-10 made ​​its debut on the market. In addition, Rolls-Royce, designer of the three engines in the L-1011 TriStar (the RB211) went bankrupt in 1971 causing even more delays. The British company is still saved by a nationalization that aims to defend the military technological capabilities Britain. The aircraft is assembled in Palmdale, California (USA). (Wikipedia)