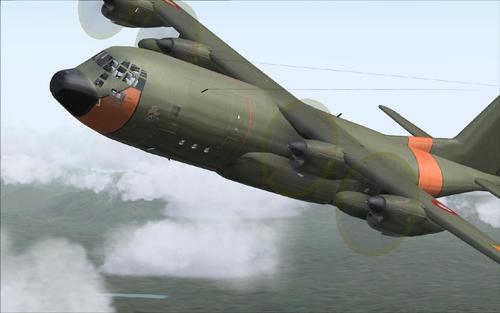 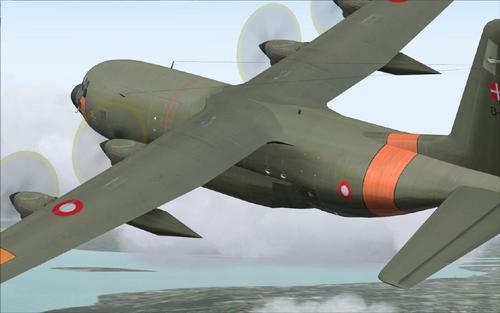 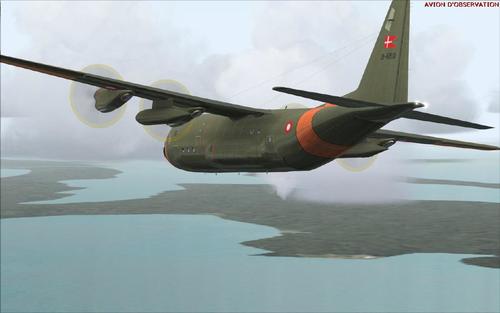 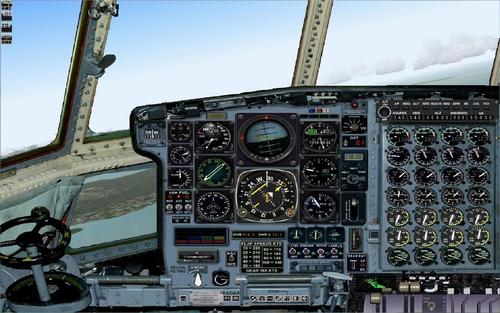 The Lockheed C-130 Hercules military transport aircraft designed by the United States in the late 1950s. He met a remarkable success with over 2200 units built for fifty user countries, and is widely used in 2007. (Source Wikipedia)

A superb add-on with everything you need to fly in Flight Simulator, several views modes and virtual cockpit, the entire cabin is modeled in 3D.

Press i to drop paratroopers.
Do not forget to read the documentation

Pilots View with visible landing lights from inside the cockpit; Ctrl + Num-pad – 8 ( Look Forward Up )