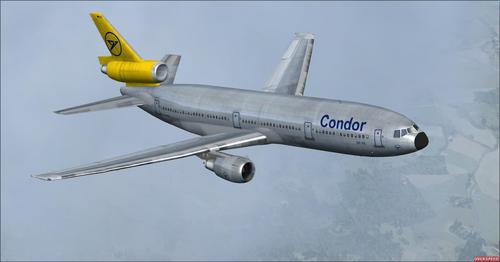 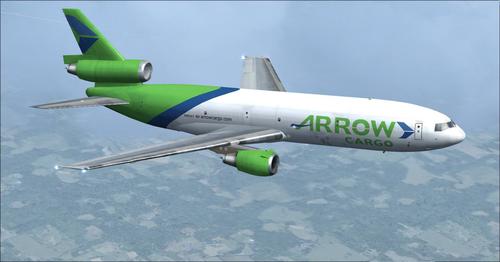 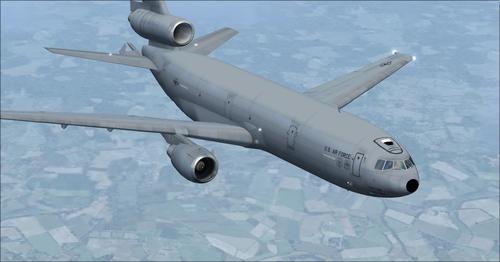 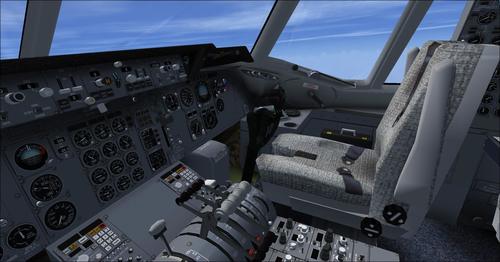 Updated on 18/03/2013 : P3D compatibility + new sounds. The quality of this add-on is undeniable, the textures are detailed and in HD, the flight model is realistic and 3D modeling is blameless, included with 7 repaints: United Airlines, Arrow Converted Freighter Cargo, Continental Airlines, Mexicana, Condor, Japan Airlines (JAL), U.S. Air Force. Do not forget to read the manual panel.

The DC-10 aircraft is a tri-jet long-haul McDonnell Douglas, produced by Douglas Aircraft Company, in the meantime become the Long Beach Division of Boeing Commercial Airplanes.

It is the successor to the Douglas DC-8, long-haul range of the former Douglas. Its production began in January 1968 and the first copies were delivered in 1971. He was replaced in 1990 by McDonnell Douglas MD-11.