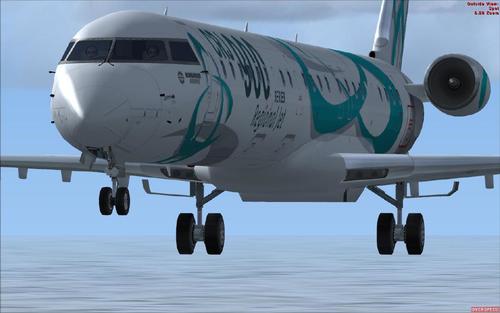 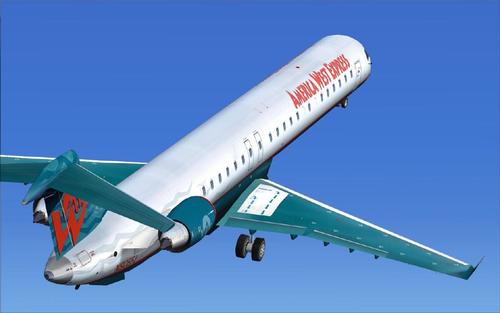 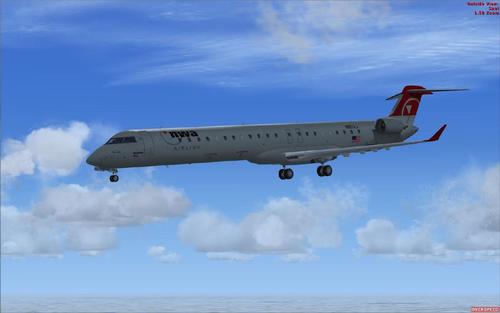 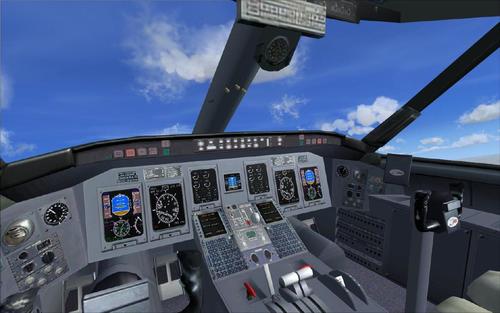 An add-on with a flight model and modeling of high quality compatible any version of FSX. Includes three textures: Official House Colors, NWA Airlink, America West Express. Be sure to read the manual after installation.

General description of the real aircraft :

The Bombardier CRJ900 is designed to hold 86-90 passengers in a 4-abreast configuration with two lavatories and a galley as standard equipment. It can also be configured with optional 3-abreast business-class seating.

Bombardier developed a new larger winglet and improved aerodynamics for the CRJ900 that give it excellent takeoff, climb, cruise and landing performance as well as reducing the fuel burn.

The Bombardier CRJ900 is powered by two General Electric CF34-8C5 turbofan engines that produce 14,510 pounds (63.2 kN) of take-off thrust. These same engines also power the CRJ700 and CRJ705, allowing for greater commonality between family members. Originally developed for the United States Air Force, the CF34 family has over 20 million flight hours and is highly regarded as one of the most reliable and efficient powerplants built. In addition to having improved fuel and cooling efficiencies, the Bombardier CRJ900 Series' powerplant delivers a performance envelope comparable to that of a mainline jet.