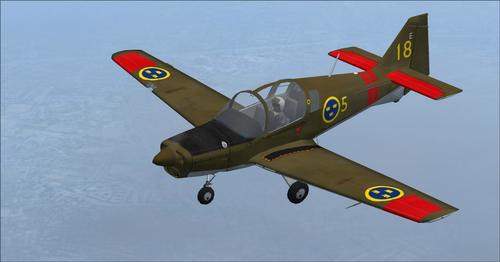 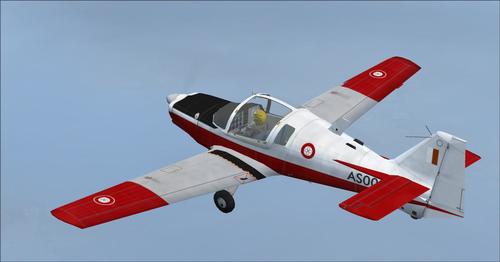 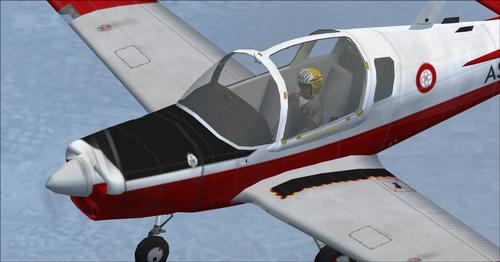 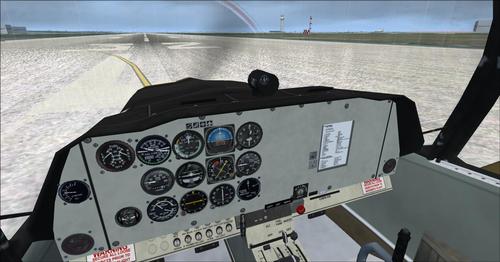 If you want this add-on for FSX click here

This airplane has full FS animations. shiny textures and Virtual Cockpit with some custom gauges. Includes RAF, Maltese, And Swedish paint schemes, the Swedish scheme having its own SK-61 model.The Scottish Aviation Bulldog is a British two-seat side-by-side (with optional third seat) training aircraft designed by Beagle Aircraft as the B.125 Bulldog.

The prototype Bulldog first flew on 19 May 1969 at Shoreham Airport. The first order for the type was for 78 from the Swedish Air Board. Before any production aircraft were built, Beagle Aircraft ceased trading and the production rights for the aircraft, with the Swedish order, were taken over by Scottish Aviation (Bulldog) Limited. All subsequent aircraft were built at Prestwick Airport by Scottish Aviation, or in later years, British Aerospace.