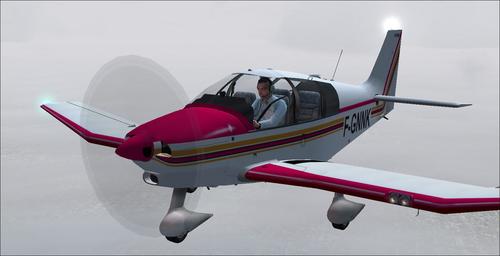 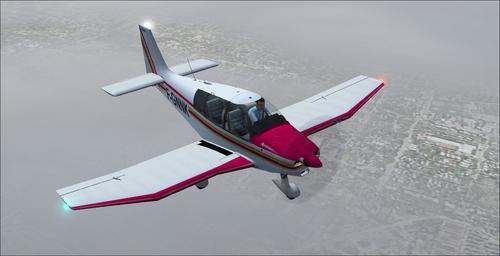 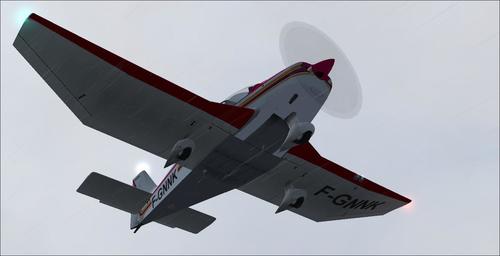 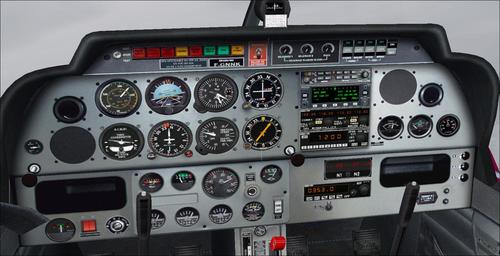 Add-on of very good quality with 2D panel and complete VC, this aircraft is offered with a unique livery registered to F-GNNK. The majority of French pilots probably have at least a few hours in the Robin DR.400 as it is the most widespread aircraft in use by flying schools there.

Description of the real aircraft :

The Robin DR400 is a wooden sport monoplane, conceived by Pierre Robin and Jean Délémontez. The Robin DR400 first flew in 1972 and was still in production in 2008. It has a tricycle undercarriage, and can carry four people. The DR400 aircraft have the 'cranked wing' configuration, in which the dihedral angle of the outer wing is much greater than the inboard, a configuration which they share with Jodel aircraft. This model is considered easy to fly by many and quiet during flight due to its wooden frame.

The wing is a distinctive feature of the Robin DR400, and is what immediately separates this aircraft visually from other similar light aircraft. It is a derivative of the earlier Jodel designs, is light, stiff and strong, with the dihedral of the outer panels imparting substantial lateral stability in flight. Being fabric covered, it presents a smooth surface to aid airflow, unhindered by the typical overlapping panels or rivets found on metal aircraft. The secret to the DR400's relatively high performance lies in the pronounced washout in the outer panels. Since they have a lower angle of attack to the airflow than the centre section, they create less drag in cruise flight. This characteristic also imbues rather benign stall behavior and the DR400 consequently does not suffer from the need to install retro-fixes like leading edge stall strips. (Wikipedia)