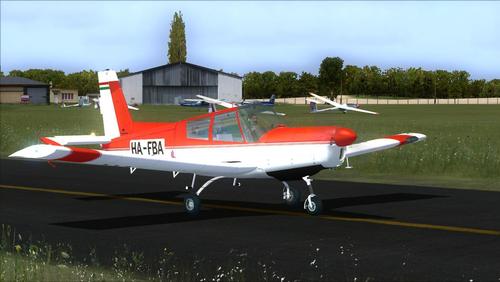 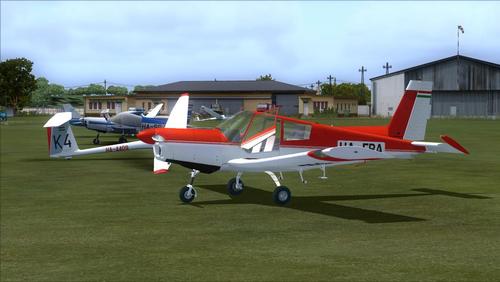 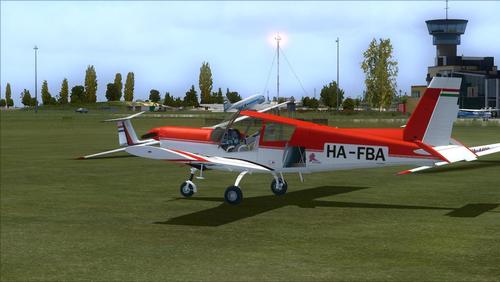 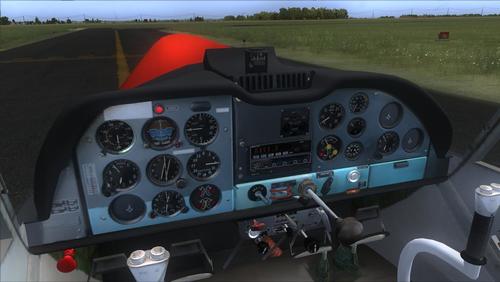 This aircraft was created using FSDS 2.24. In spite of this fact, it can offer you many features available only in models created in gmax - including dynamic and clickable virtual cockpit with complete instrument and cabin lighting. Custom gauges provide very realistic simulation of Z-43, including checklist procedures.

Warning : See the checklist on how to correctly start-up the aircraft (without using Ctrl+E).

Zlin Z-43 is another member of Z-40 family produced by Moravan Otrokovice. It was designed as a modern substitute for L-40 Metasokol in the second half of the 1960s. It's construction is based on it's predecessor, the Z-42. But you can notice differences at the first sight - 4 seated cockpit, more robust fuselage and changed wing shape.

The "Four-three", as it is dubbed in many Czech aeroclubs, is used for basic training including radionavigation, sightseeing flights and sport flying. Z-43s are also used for precision flying and flying rally.

Although sometimes criticized, especially in terms of operation economy, it's the most widespread aircraft of this category in the Czech Republic and Slovakia and it's used by both aeroclubs and private owners. (Source : https://pwdt.virtualskies.net)