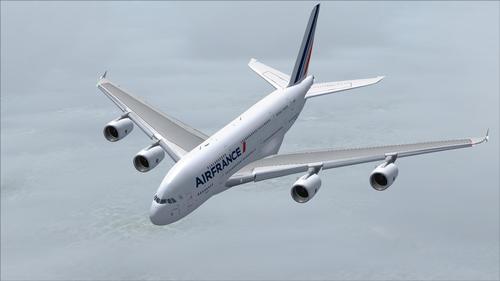 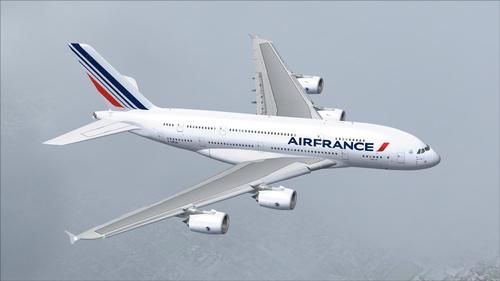 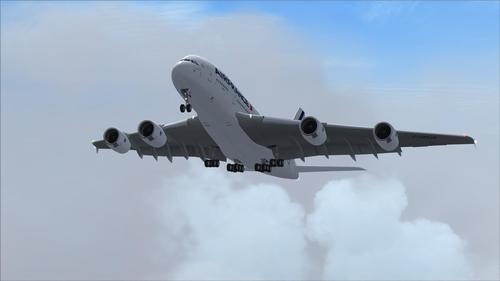 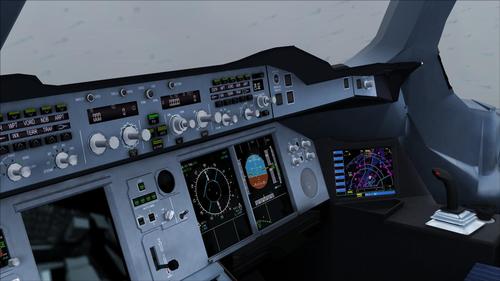 Full Update on 06/06/2012: Here is last born of Air France, Airbus A380! A real treat piloting and excitement guaranteed, native FS2004 model. includes custom sounds, virtual cockpit (VC) specific for this model (nothing to do with the FSX version). Note that this add-on has no 2D panel (flat cockpit version), so you must fly in virtual cockpit view only, it is more realistic.

Air France is taking delivery of its first Airbus A380, the world’s largest airliner, which can carry 538 passengers over 13,000 km. Three of the twelve pla­nes on order will be delivered to Air France between now and spring 2010, to be closely followed by a fourth. Starting on 23 November 2009, the Air France A380 will be operated on daily flights between Paris - Charles de Gaulle and New York - JFK, followed by Paris-Johannesburg during winter 2009-2010.

Air France is therefore the first European carrier to operate this Superjumbo, and the first airline worldwide to offer transatlantic flights between Europe and the USA with this aircraft.

The A380 is particularly well-suited to the strategy of Air France, and its size is an ideal match for the airline’s powerful hub at Paris - Charles de Gaulle.

Its four state-of-the-art GP 7200 engines, its aerodynamic shape and its fuselage integrating the latest technologies make the A380 the most environmentally-friendly aircraft of its category.

«In 1996, Air France based its decision to acquire the A380 on objective criteria which proved that the performance of this aircraft was ideally suited to the Com­pany’s requirements», declared Jean-Cyril Spinetta, Chairman of the Board of Di­rectors of Air France-KLM.

«Each A380 will enable Air France to save 12 to 15 million euros a year, which, in today’s depressed economic climate, provides the Company with the means to withstand the crisis. Air France will therefore be able to offer its customers even greater comfort, while keeping its costs under control. Furthermore, the perfor­mance of the A380 is in line with the Company’s environmental commitments», added Pierre-Henri Gourgeon, CEO of Air France.

Air France’s A380 offers passengers three classes: La Première-First – 9 seats on the main deck – Affaires-Business – 80 seats on the upper deck – and Voyageur-Economy 449 seats spread over the two decks. In each remarkably quiet cabin, Air France has created an intimate soothing ambience, thanks to adjustable lighting suited to the different stages of the flight. Whether it be a meeting point or a relaxation area, each cabin has been fitted out with everything passengers need to make their flight experience a truly pleasurable one. 22 flight attendants are on board to serve the 538 customers.

As early as 1996, Air France took part in working groups including Airbus and the main launch carriers of the A380, to design an aircraft which could meet customer expectations, and has prepared for its arrival since 2003. Air France has also worked with the airport authorities to adapt ground facilities to this new aircraft, trained both crew and ground staff and invested in appropriate ramp equipment.