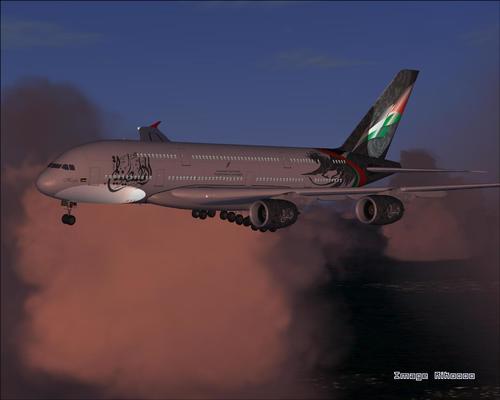 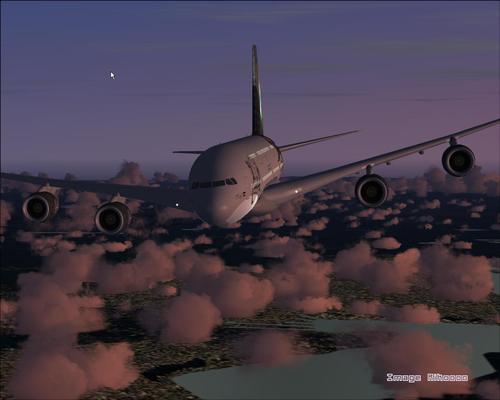 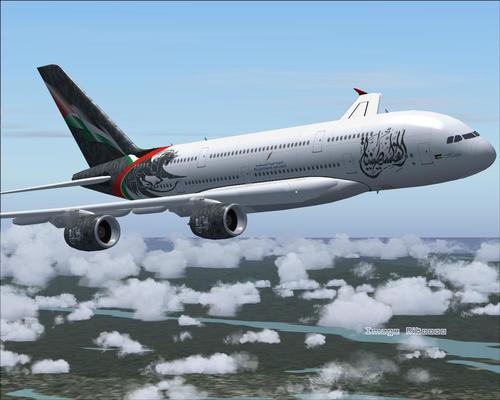 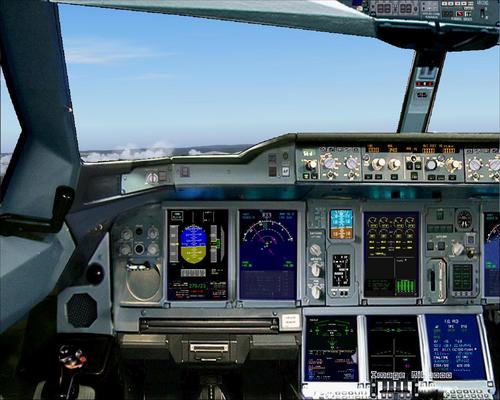 Here is the long awaited airplane of quality with a sublime 2d cockpit and nice 3D model compared to other freeware (from 2005).

The Airbus A380 is a double-deck, wide-body, four-engine jet airliner manufactured by the European corporation Airbus, a subsidiary of EADS. It is the world's largest passenger airliner and, due to its size, many airports have had to upgrade their facilities to properly accommodate it. Initially named Airbus A3XX, the aircraft was designed to challenge Boeing's monopoly in the large-aircraft market; the A380 made its first flight on 27 April 2005 and began commercial service in October 2007 with Singapore Airlines.

As of October 2012 there had been 262 firm orders for the A380, of which 89 have been delivered. The largest order, for 90 aircraft, was from Emirates. (Source Wikipedia)