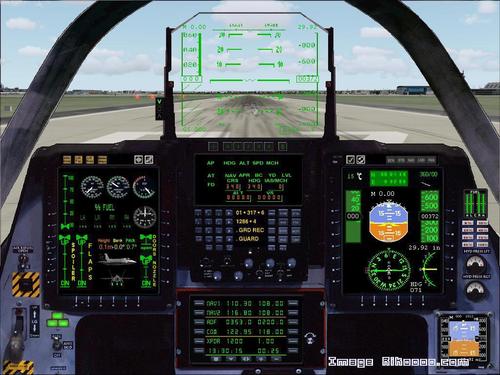 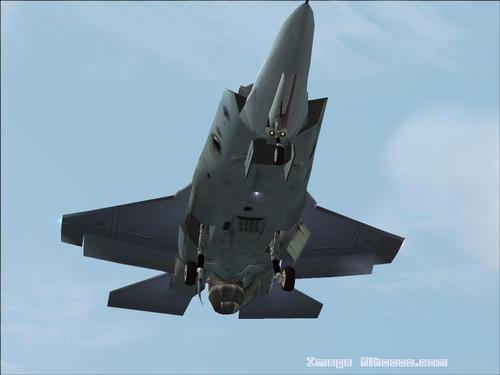 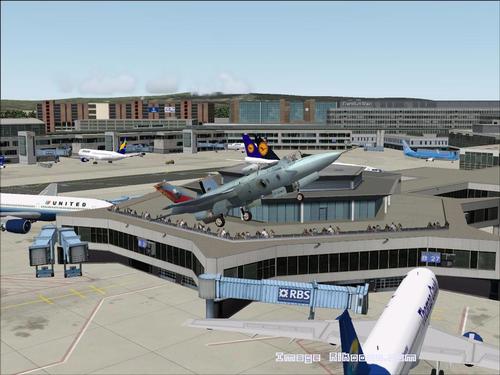 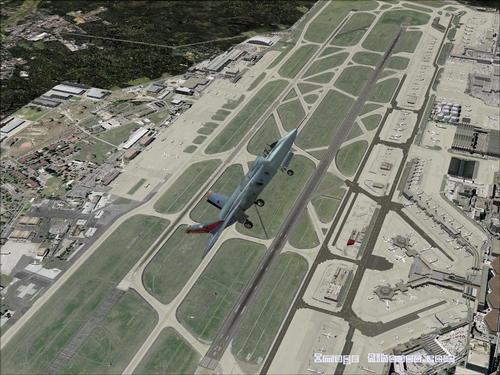 Fighter Lockheed Martin X-35B_M4.7. VTOL aircraft like the Harrier. The reactor swings downward. Minimum speed: 5 Kts. Come with one repaint. Smoke effect very well done. Texture rather simple, but superb flight model. good feeling in VTOL mode. You must know how to handle the joystick to keep it stationary. To enable VTOL mode press (F8).
Very good sounds. Thanks to the authors for the great work !

The X-35 was an experimental aircraft developed by Lockheed Martin for the JSF program: Joint Strike Fighter. He was declared the winner against the Boeing X-32. It should go into production under the designation F-35 Lightning II. The short takeoff and vertical landing are the key features of this version. The solution engine or adjustable jet nozzles as the AV-8 Harrier II was discarded. Instead, the X-35B has a fan vertically integrated in the fuselage aft of the cockpit only used for takeoff or landing. It was designed by Lockheed Martin and developed by Rolls-Royce in the partnership leading the UK1.

And a main nozzle swiveled down, the fan is connected to the low pressure turbine of the main reactor. Internal capacity fuel is reduced to 6.35 tons. Overall performance are also somewhat reduced, but this is the price to pay for a STOVL aircraft.

The engine also has the advantage of churn air cooler and slower. It is therefore less harmful to the surrounding superstructure airport runway or aircraft carrier.

The most convincing demonstration was provided during the last test in the JSF program. The X-35B took off in less than 170 m (500 feet), realized a supersonic flight and landed verticalement2. This complex configuration worked perfectly when tested. It was a decisive factor in the victory of the X-35 JSF program.