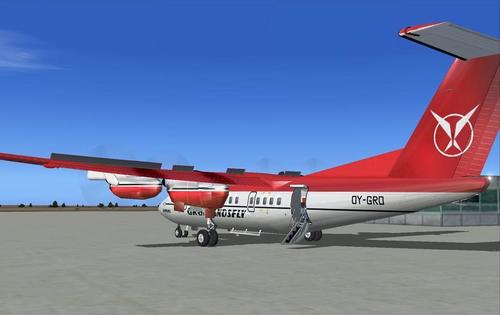 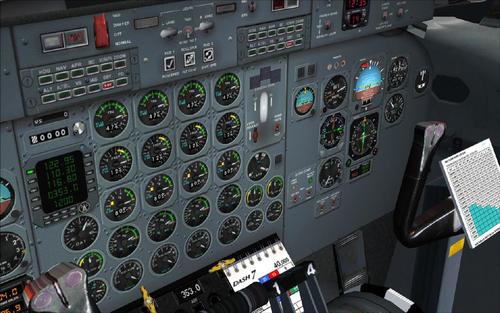 Modellized in Gmax it is an authentic black pearl.! This add-on havs been brought to completion with its least details. The 3D cabin with a splendid virtual cockpit is fully operative.
Most remarkable features are: numerous animated parts, lights ,service and passenger exits with boarding stairs, tail bumper, accessories, virtual cockpit. Nice landing gear kinematics (Chocks absorbers) , reverse taxi, and a realistic STOL flight dynamics tested by 6real pilots, Outstanding sound files and so on...
This freeware is a top quality one: test it at once.
Two textures sets are included.
Caution, please read the flight manual and all the data sheet issued .

The DeHavilland Canada DHC-7, also called Dash 7 is a short take of and landing civil commuter powered by four turboprop (PW PT6). The program was launched in 1975 by the manufacturer De Havilland Canada and was carried into production until 1988. When Boeing bought the company 111 aircraft have been built . It did not really met the market but served as the as for the later Dash 8 development. (Source Wikipedia)