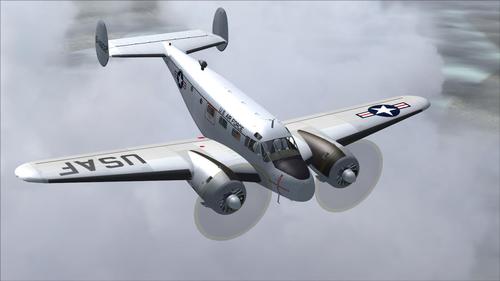 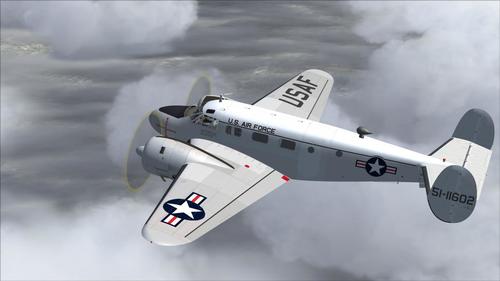 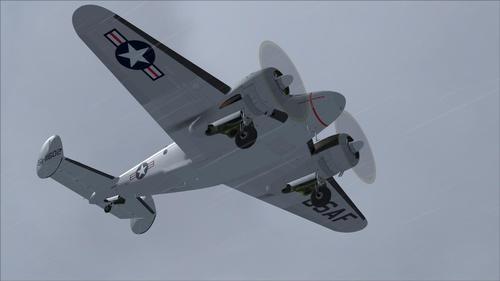 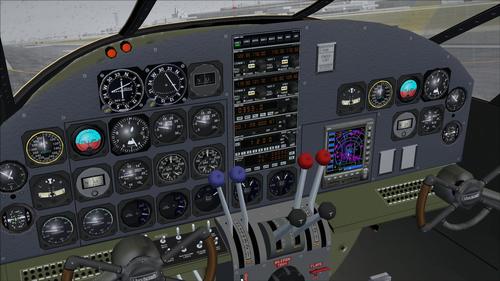 The Beechcraft C-45G USAF is of the highest quality ! With a 3D cockpit detail.
A must have to download urgently !

The Beechcraft Model 18/45 is a twin-engined light transport U.S. developed during the period between the two world wars. Produced in very large series during the Second World War as a transport aircraft but also training, he had a very long career, not the last copies before leaving factory in 1969. Also specialized versions like the Beech AT-11 Kansan, the Twin Beech was also the subject of numerous re-engining turbopropulsées.