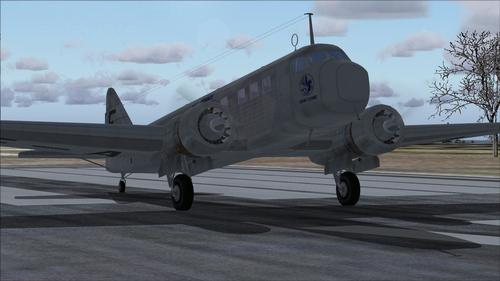 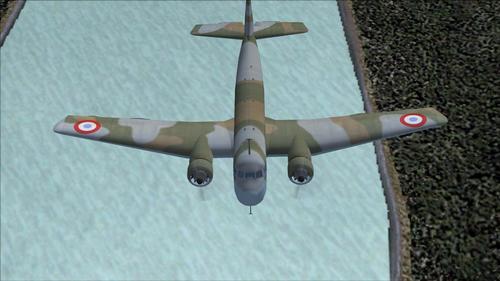 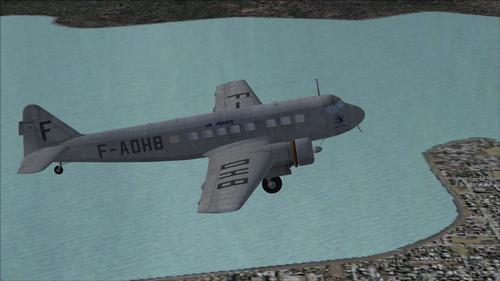 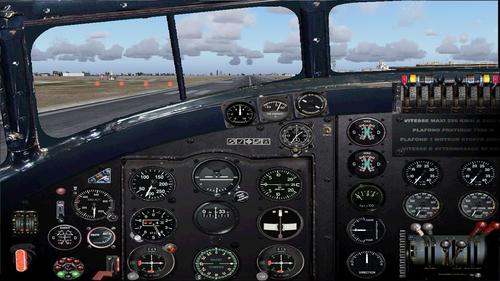 Superb French aircraft of high quality including a complet virtual and 2D cockpit.

The Bloch MB.220 was a French twin-engine passenger transport airplane built by Société des Avions Marcel Bloch during the 1930s.

The M.B.220 was an all-metal low-wing cantilever monoplane. It was powered by two Gnome-Rhône radial engines and had a retractable landing gear. Normal crew was four, with room for 16 passengers, with eight seats each side of a central aisle. The prototype first flew in December 1935, and was followed by 16 production aircraft. At least five examples survived the war and were modified as the M.B.221 with Wright Cyclone R-1820-97 engines.

By the middle of 1938, the type was being utilised by Air France on European routes. The first service of the type (between Paris and London) was flown on 27 March 1938 with a scheduled time of 1 hour 15 minutes. During World War II, most MB.220s were taken over as military transports, including service with German, Free French and Vichy French air forces. Air France continued to fly the aircraft (as MB.221s) after the war on short-range European routes. It sold four aircraft in 1949 but within a year all had been withdrawn from service.
(source : Wikipedia)