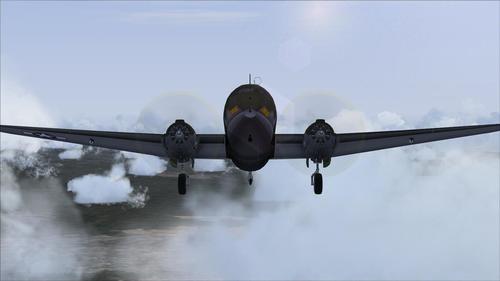 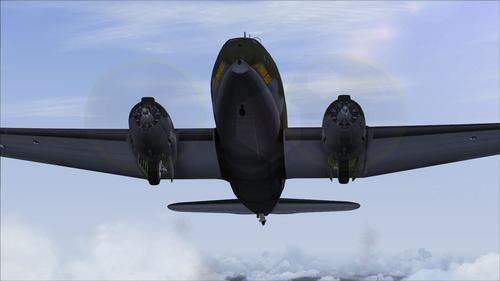 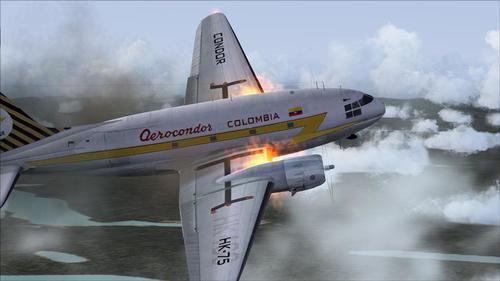 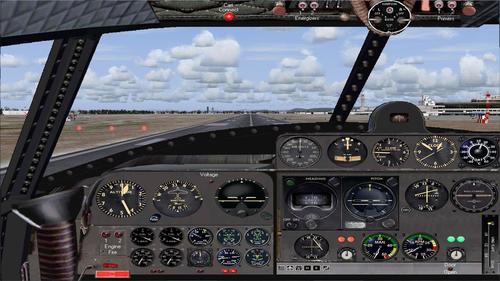 Complete package for this wonderful add-on that includes two models, a military version and a civilian version, includes five textures, great sounds and a virtual cockpit

Read the documentation and checklist.

By pressing the L button will take fire engines instantly, the visual effects are not bad at all.

The Curtiss C-46 Commando was an American twin-engined transport aircraft originally designed as a commercial high altitude. He was instead used as a military transport aircraft during the Second World War, both the United States Army Air Forces by the U.S. Navy and U.S. Marine Corps under the designation R5C. Nicknamed by its pilots "The Whale" or "Curtiss Calamity", C-46 served in a similar role to that of its counterpart, the Douglas C-47 Skytrain, but be produced without a large scale. After the Second World War, some C-46 surplus were briefly used in their original role of passenger airliner, but the C-47 surplus dominated the market, quickly relegating the C-46 cargo especially in missions . The C-46 remained in service with the USAF in a secondary role until 1968. Nevertheless, the C-46 continued to fly missions to accomplish harsh transportation cargo destinations and isolated polar. Some copies are still flying in the twenty-first century.