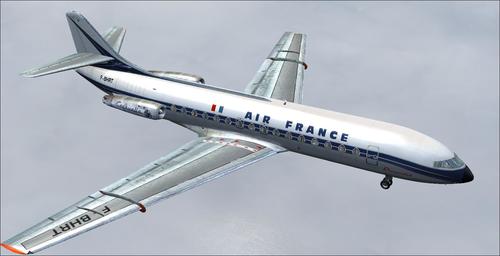 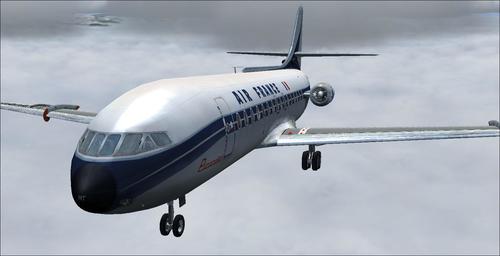 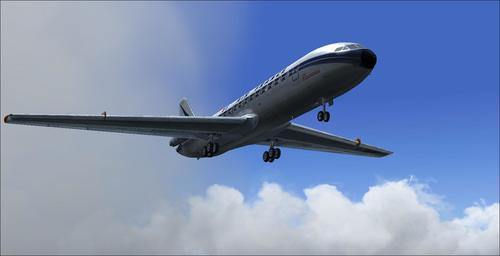 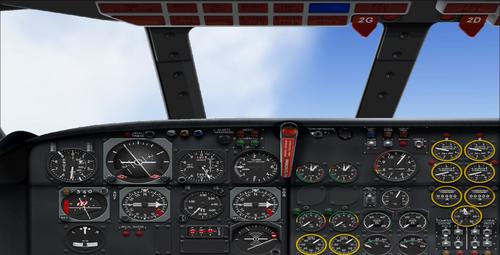 For fans of the famous Caravelle (created by AFG), discover this superb aircraft for FS2004, simulation pushed to the maximum, surprising realism, this add-on will not leave you indifferent. Pilot from the 2D panel (no VC) and remind yourself an old time, that of the first civilian jet.

The Sud Aviation SE 210 Caravelle is a jet airliner, designed for short and medium-haul routes, produced between 1958 and 1973 by the French company Sud Aviation, which will become Aerospace in 1970. First civilian jet in the world mass-produced, it has the characteristic, innovative at the time, to have the engine at the rear of the fuselage and not in the wings like the Comet, or in subalaires nacelles as it's the case for the Boeing 707. Designed to replace the piston-powered aircraft such as the Douglas DC-6, the Caravelle can take, depending on the version, from 80 to more than 130 passengers on a maximum distance between 1650 and 3400 km away. (Wikipedia)