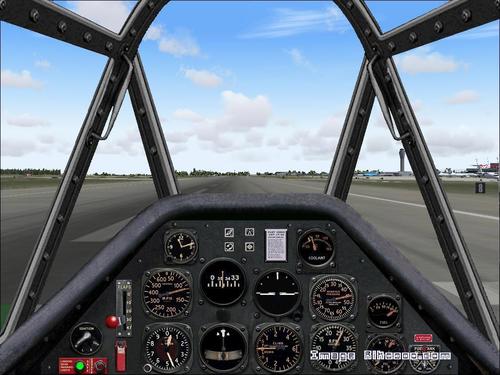 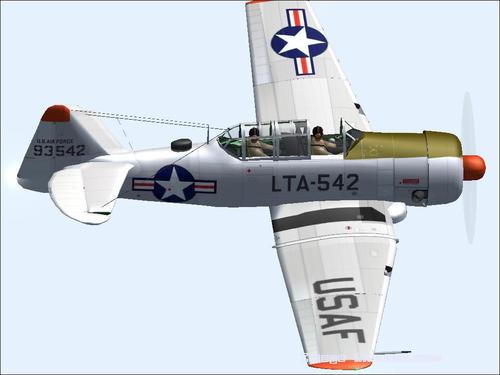 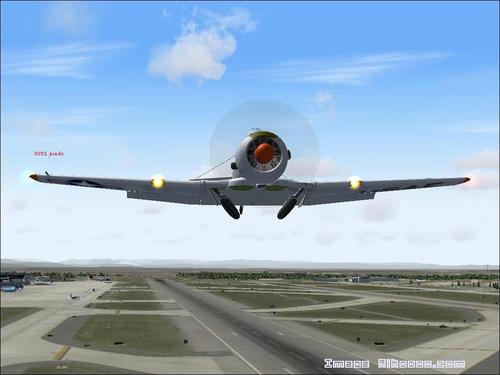 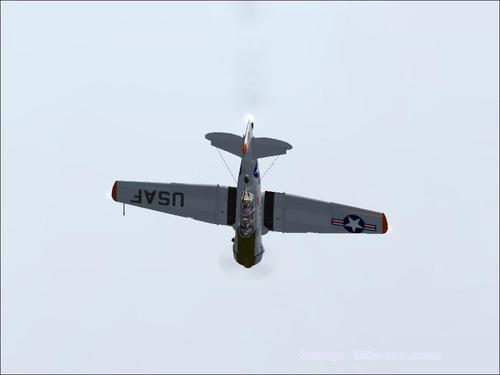 Fighter North American T-6G Texan. A very nice old model. Available in one livery. The sounds are perfect.
The North American T-6 Texan was the main training fighter for pilots during the Second World War of the Allied nations. It was known as the SNJ in the U.S. Navy, the AT-6 Harvard USAAC and air forces in the Commonwealth. He won a huge commercial success: it produced was 15,495 copies, all versions included.