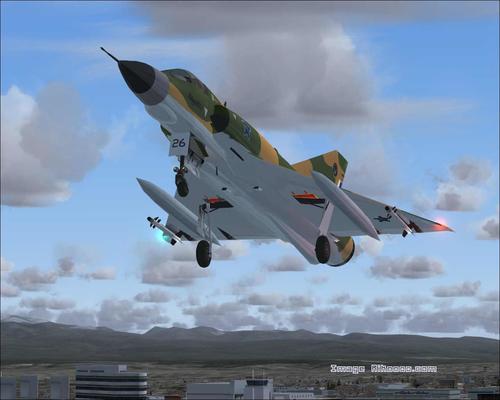 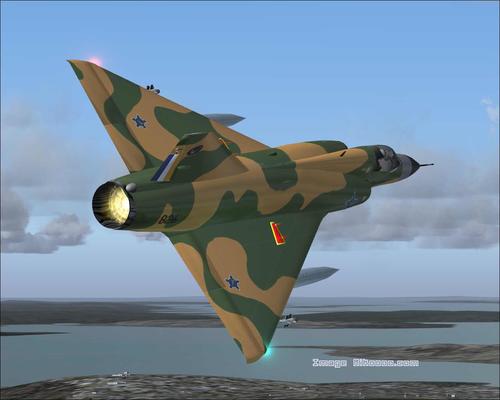 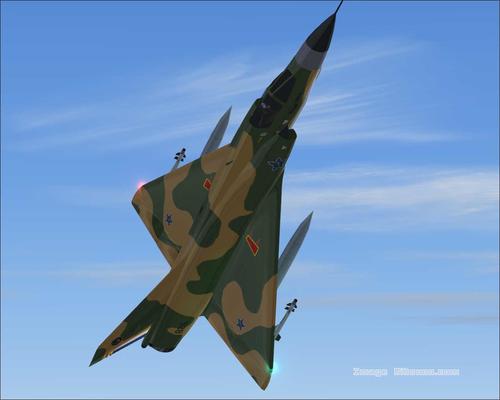 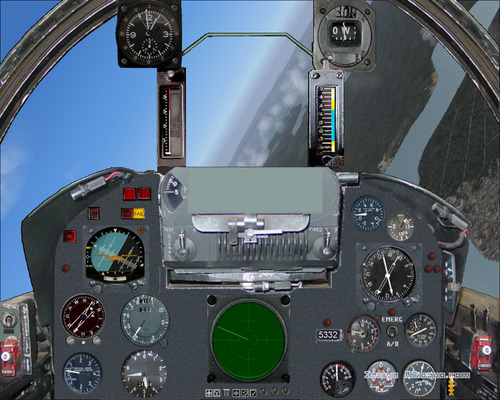 Fighter aircraft. Description: Mirage IIIE Series Z. Role: interception! It is just beautiful! One repaints. A must have in FS2004.

The Mirage III is a multirole aircraft designed by French aircraft manufacturer Dassault Aviation during the late 1950s. This is the first combat aircraft of European design capable of overcoming a speed of Mach 2 in level flight.

The Mirage III resulted in many variations and met with considerable success in exporting countries with 21 users and 1401 units built (if one takes into account the versions designated Mirage 5). Switzerland, Australia and Belgium were built under license. Israel has carried out locally based aircraft on the Mirage III (Nesher and Kfir).

While the first Mirage were delivered in the early 1960s, many examples were still in service around the world in the early twenty-first century, 40 years later. They usually have been widely modernized. (Wikipedia)