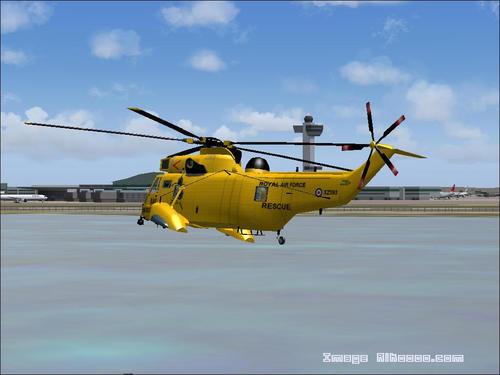 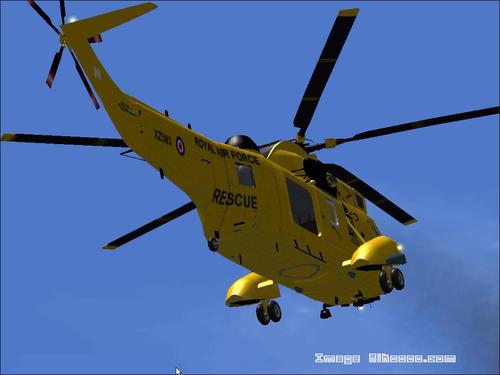 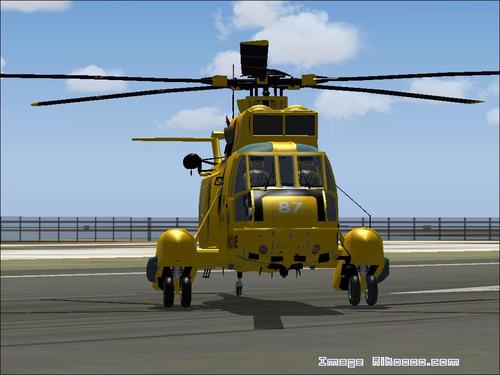 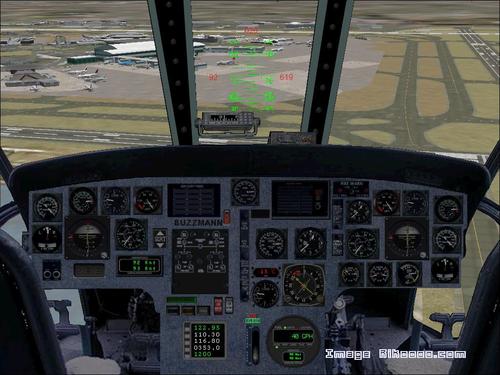 Helicopter for rescue at sea.
Very nice, but heavy. One repaint, smoke, door, folding wings and anti-torque rotor. Available under the manufacturer : WESTLAND in FS2004

The Sikorsky CH-124 Sea King helicopter is a type of military anti-submarine designed for use from a boat. It is the Canadian version of the American Sikorsky S-61. It is in service with the Royal Canadian Navy (RCN) and Canadian Forces (CF) since 1963.

The Sea King is assigned to the Iroquois-class destroyers, the Halifax-class frigates and supply ships of Class Protector. When it is deployed, the Sea King comes with four crew (2 pilots, a tactical coordinator and operator). (Wikipedia)