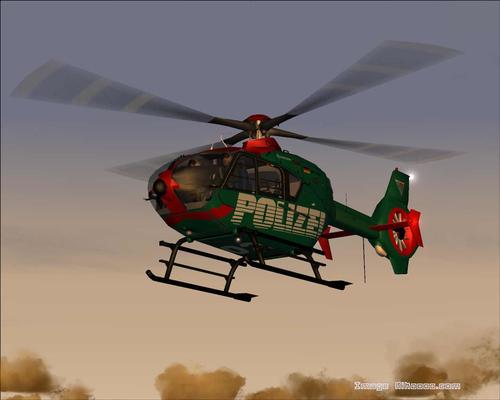 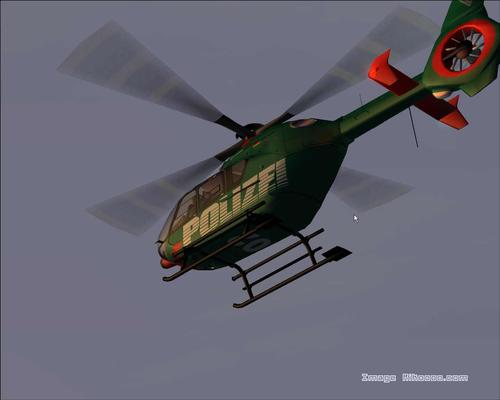 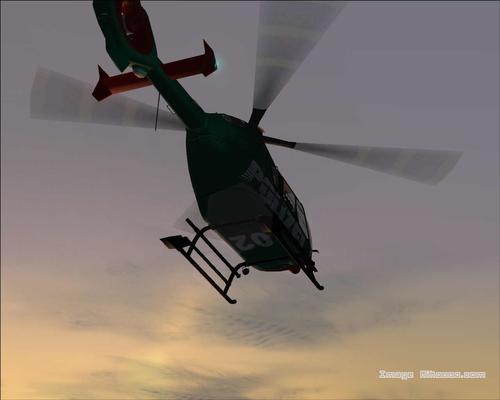 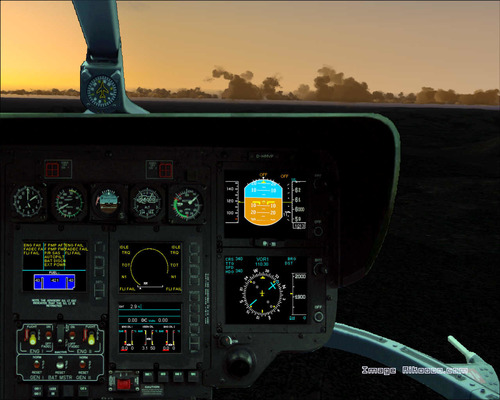 Here one of the helicopters used by the German police. A beautiful model, well done, with a very functional cockpit.

The EC135 light twin-engine helicopter is a versatile produced by Eurocopter.

It is an evolution very thrust of MBB BO105 which saw a further development in the 1980s (named Bo 108) before starting to serve only as a demonstrator for new technologies.

This particular prototype was equipped with FBW (FBW) and a main rotor articulations of a new type, on the one hand reducing the maximum noise and vibration causing material fatigue and providing other advantages in terms of agility and responsiveness.

During the creation of Eurocopter in 1992, MBB brought in the wedding for the BO108 which foresaw at the time chances on the market. The French part of Eurocopter (former helicopter division of Aérospatiale-Matra group) brought his side the tail rotor type fenestron allows a further reduction of the noise level and brings great advantages from the point of view of security personnel on the ground.

It is with the squirrel and the EC145 helicopter team that forces the French National Gendarmerie. (Wikipedia)