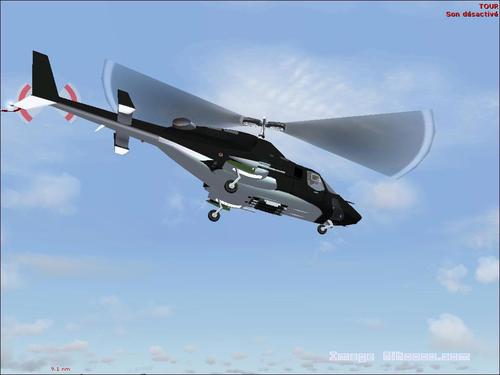 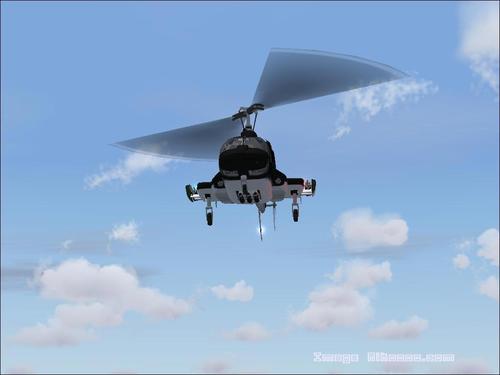 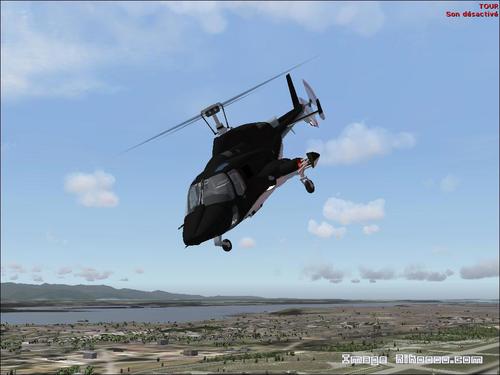 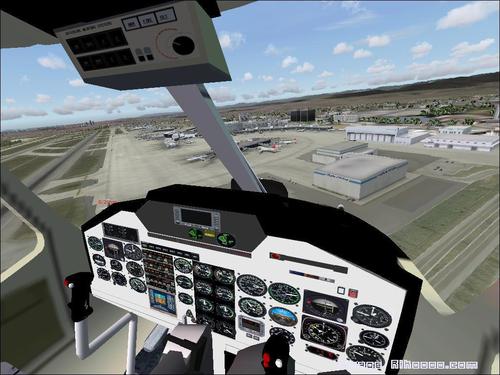 This is the Super-copter from the famous TV series: codename AIRWOLF. Very simple and with a unique livery. Funny because sounds are those of the TV series.

In France, the series was aired from 21 April 1986 on the channel La Cinq, and was broadcast on Virgin 17 (now DirectStar).