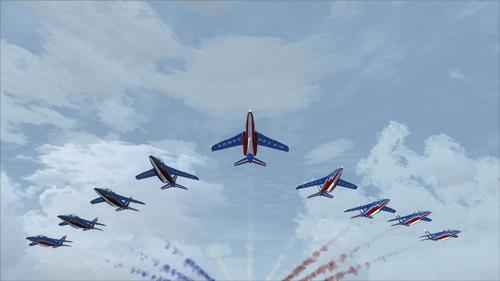 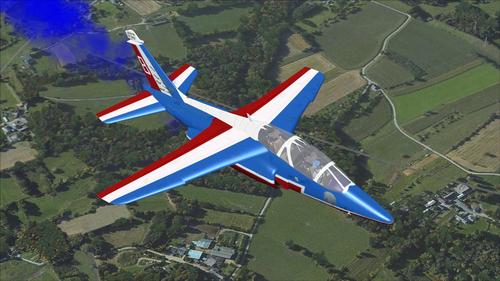 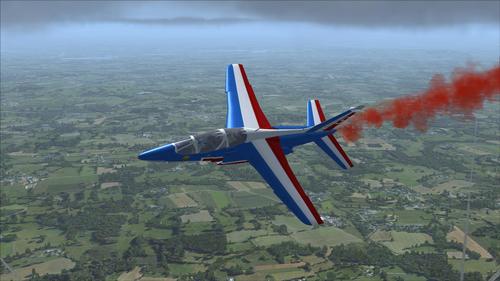 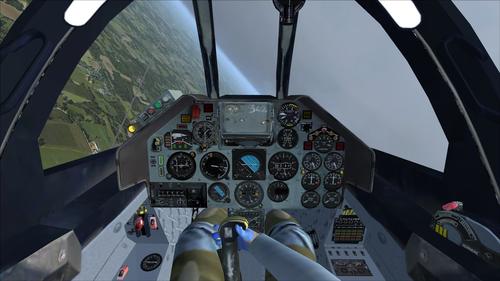 Back with this new edition of Alphajets from the aerobatic demonstration team of the French Air Force, this package includes the classic textures and repaints Training versions of the Air Force with one photo-real, clickable virtual cockpit, custom sounds, effects , animations, smoke system with three different colors (blue, white, red). Press the " i " key to activate the smoke, " : " to activate the spoilers. Includes a checklist with instructions for aerobatics.

Stationed on the air base 701 Salon-de-Provence, it is considered one of the best aerobatic formations in the world, as well as the Red Arrows of the British Royal Air Force Blue Angels or the U.S. Naval.