The spacecraft Atlantis(Orbital Vehicle-104 ou OV-104)  is a NASA space shuttle (national American Space Agency).  She was the forth  operational space shuttle  ever built and is one of the three last  space shuttles in flight conditions (with Endeavour and Discovery) after the crash of their  sister ships  Challenger(1986)  and Columbia (2003) : source wikipedia

The model and the texture set have been completely re-engineered . The Flight dynamics have been optimized for FSX SP2/acceleration  to restore the sub orbital flight performance..

The speed can reach 4.65 Mach, optimizing your power you can nearly reach the altitude of 700000 ft with the realism parameter set to very realistic you will find it very stable. A DVC have been added as well as a camera view for the bayload window, the robot load arm, the rudder slots, the  moving flaps , and the steering front wheel. Many effects are under your control SRH and such bas the animated Solid Rocket Boosters(SRB) and  external  tank  jettison. Compiled with the SDK of FSXA .the launch pad scene is not included but you can easily download it from the web.

Tricks
For Plane flight pattern open exit 2 and3
For a vertical launch
-Use the ‘SleW’ or Transposition modes (key:Y) .vertical rotation place you space shuttle at the desired launch pad (A downloaded scene with a steady launch pad)
- throttle 20% to 25% thrust
-Exit the ‘Slew’ mode and you are ready for the launch
-gently increase the thrust to full  throttle
-As the rocket is safe stable and clear (high) enough) release the SRB and external tank
Please read the attached files for more information.


Here is a small video tutorial that explains you how to make a vertical launch. by filipe026 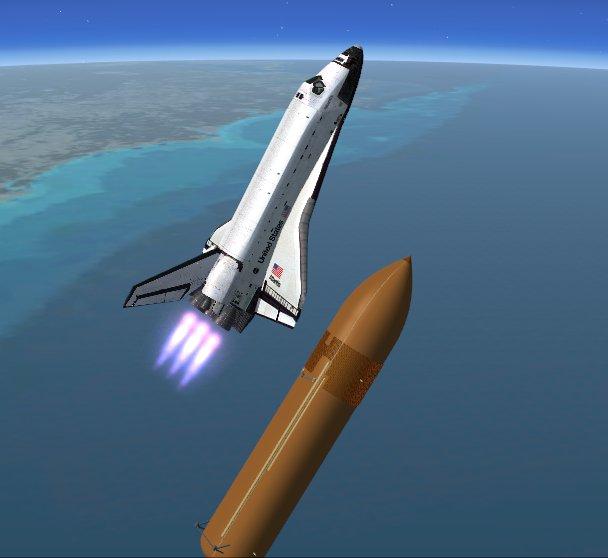 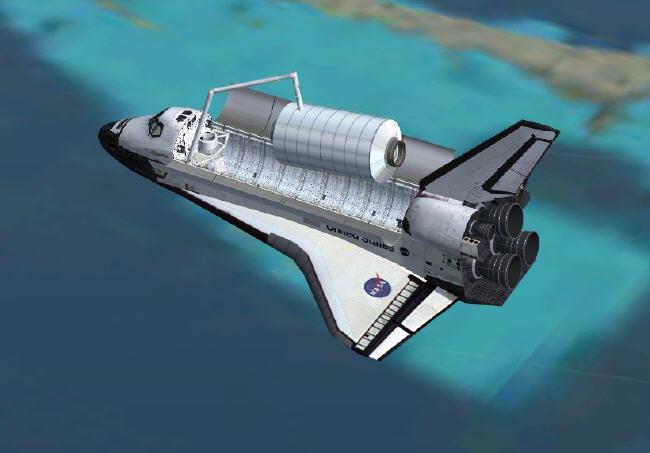