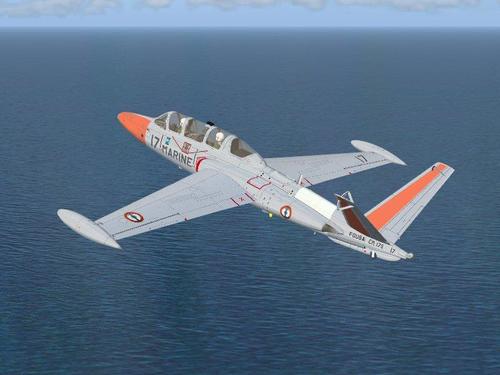 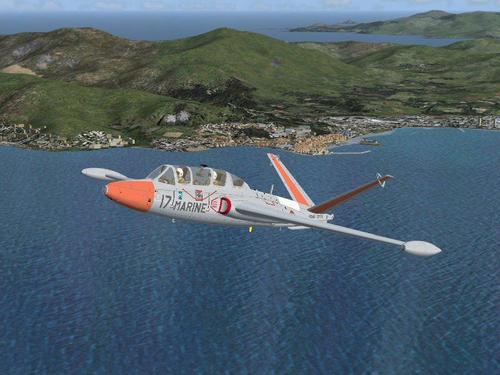 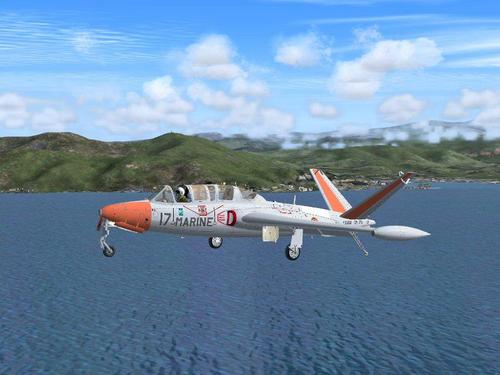 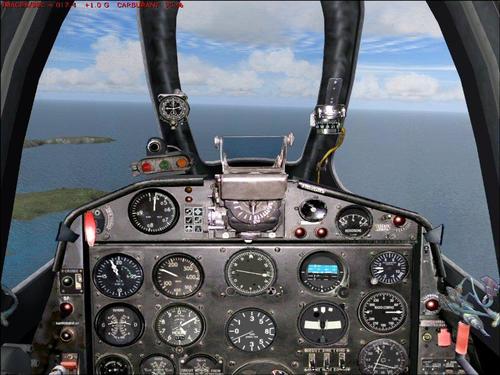 The Fouga Zephyr is presented in two configurations:
- "solo" configuration with one pilot
- "dual control" configuration, i.e. with two pilots on board, This model is piloted from the rear seat

Several differences between the real plane and these models were introduced
to make its use easier for the virtual pilot:

- the nose gearwheel is steerable while the real Fouga was driven on ground with brakes
- a GPS, a VOR/DME and an automatic pilot are introduced in both models
- several supplementary lights are placed on the panel to ease virtual flying ( flaps, landing gear, airbrakes)

Not as famous as his "grand-brother", the Fouga Magister aircraft, the Fouga Zephyr is the naval version of the Fouga.
At the beginning of the fifties, the French Navy managers, searching a national way for training their pilots, were very interested by the Fouga program in progress for the French Air Force. An adapted version for the Navy specifications was built and on 1956 july 31, the first Fouga CM170M prototype, named "Esquif", made its first flight. A purchase of 30 aircrafts was notified and the delivery was spaced between 1959 and 1961. This was the single purchase order of this aircraft version, renamed CM175 "Zephyr" in accordance with other French Navy aircrafts at this time ( Aquilon, Alize) using winds' names. Moreover the Fouga Zephyr was used by the French Navy, mainly with the Foch and the Clemenceau carriers. During more than thirty years, the Zephyr has shown its reliability and robustness qualities under severe use conditions
An aerobatic team flying Zephyrwas created in 1961 by the French Navy

Seemingly very similar to the Fouga Magister aircraft, the Zephyr is however characterized by important transformations. Essentially: