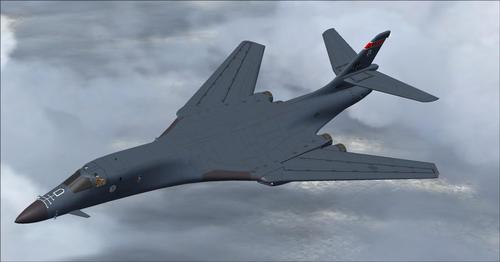 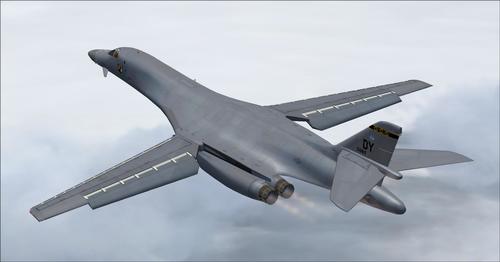 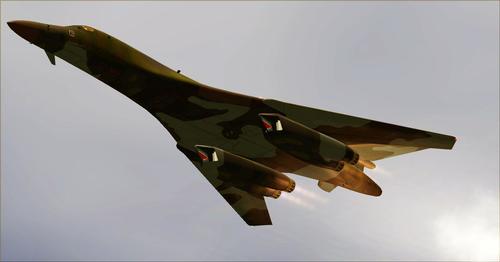 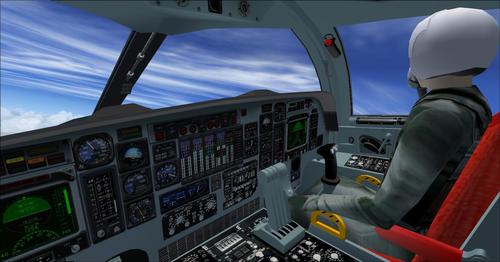 The Rockwell B-1 Lancer bomber is a long-range and variable geometry developed by the U.S. in the 1970s. It was built in 100 copies and is still in service in 2012.

Afterburner Effect - this is automatic and also engages the appropriate power boost in the flight model.