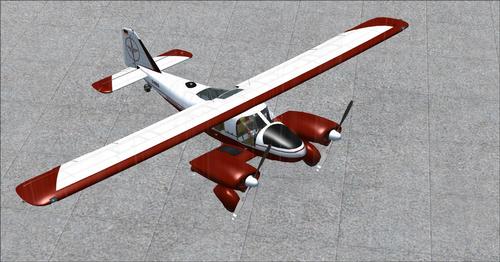 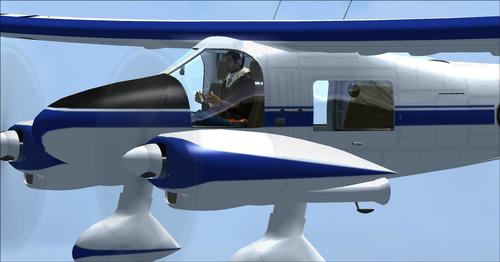 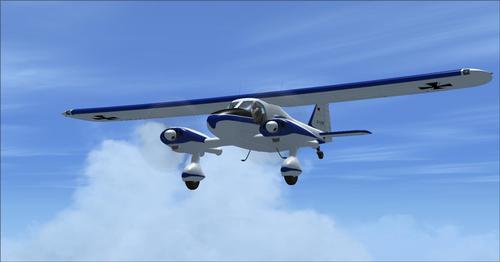 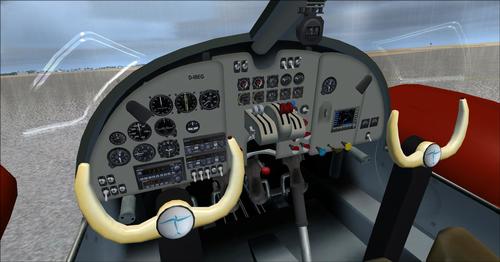 Two models DO-28A-1 and DO-28A-1S great qualities with 6 textures and superb virtual cockpit (VC). This twin-engine will easily find a place in your hangar.

The twin-engined Do 28 was developed in the late 1950s based on the single-engined Do 27. It was designed as a high wing monoplane wing and showing the lift devices and the rear of the cabin (sleeping 6 people) and the tail of the Do 27. Both Lycoming and the legs of the main landing gear were streamlined set of fins low. Like the Do 27, Do 28 was distinguished by its high cruise speed, its excellent low-speed flight and STOL characteristics of prepared tracks briefly. The first flight of the C 28 A equipped with two Lycoming 0-540 255 hp and blade propellers took place on 20 March 1960 in Oberpfaffenhofen. The Do 28 B possessed him, Lycoming IO-540 to 290 hp and three-bladed propellers. The DO 28 C was an eight-seater version with two 560 hp turboprop on the tree whose development was not completed. A total of 120 aircraft type C 28 A and B were made. Some devices are still flying in Africa and South America.