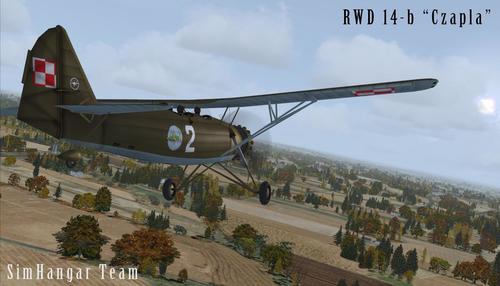 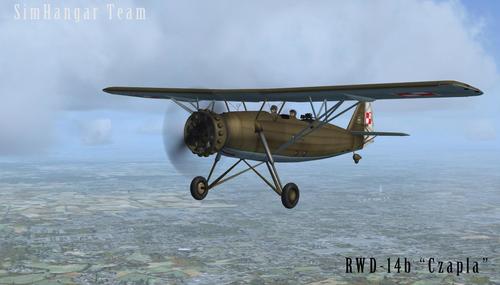 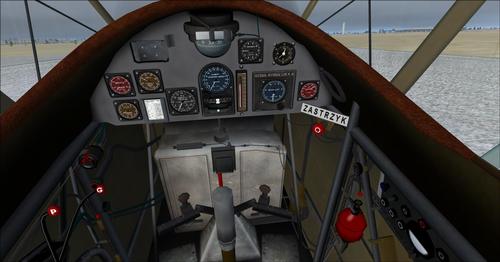 The Simhangar RWD-14b "Czapla" is a native FSX aircraft, compiled with FSX Acceleration SDK and has bump maps, specular maps and self shadowing., custom sounds, VC and animations. A comprehensive manual is included with the pack (English).

Add-on of excellent quality ! graphics and modeling are awesome. Provides a real pleasure to fly. Made for old model fans.

The RWD-14 Czapla (LWS Czapla) was a Polish army cooperation aircraft (observation, close reconnaissance and liaison aircraft), designed in the mid-1930s by the RWD team, and produced in the LWS factory from 1938. A series of 65 aircraft were built and most were used by the Polish Air Force observation squadrons during World War II in 1939. (Wikipedia)