No virtual cockpit, the add-on must be flown from the 2D panel which is very well simulated and fully functional as you can see from the screenshots below, unless you are already an expert in the Caravelle it's imperative to read the documentation placed in the aircraft folder (open-p01-gb.htm c3afv1 file) or from the Windows Start menu, see FAQ for more information.

The Sud Aviation Caravelle SE 210 is a jet airliner, designed for short and medium-haul routes, produced between 1958 and 1973 by the French company Sud-Aviation, which became Aérospatiale in 1970. First civil jet in the world into series production, it has the characteristic, innovative for the time, to have the motors located at the rear of the fuselage and not in the wings as to the Comet, or in subalaires pods as is the case for the Boeing 707. Designed to replace the piston engine aircraft such as the Douglas DC-6, the Caravelle can take, depending on the version, from 80 to more than 130 passengers over a maximum distance of between 1 650 and 3 400 km. (Wikipedia) 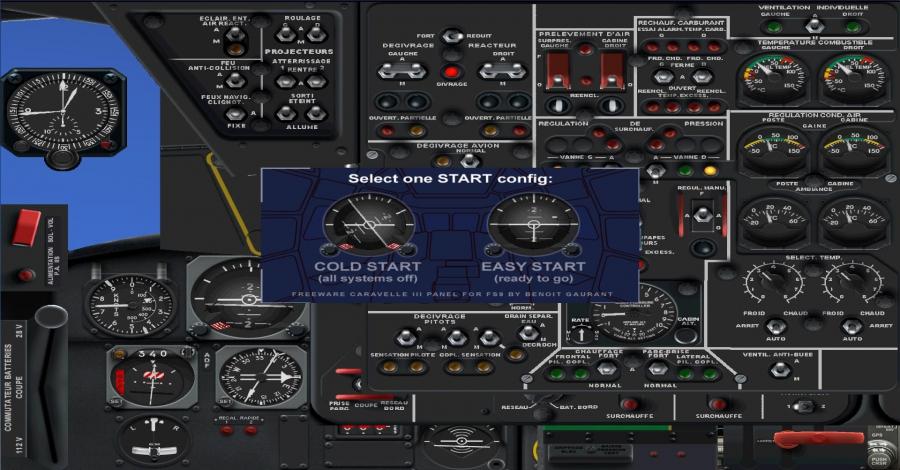 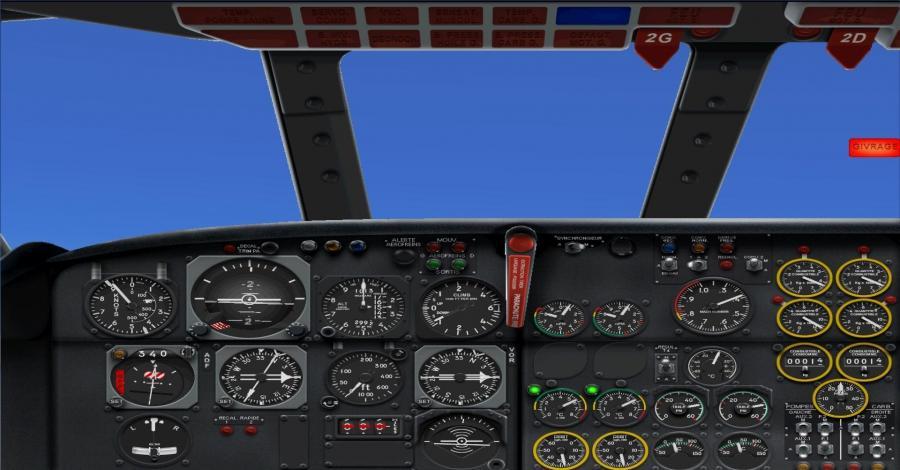 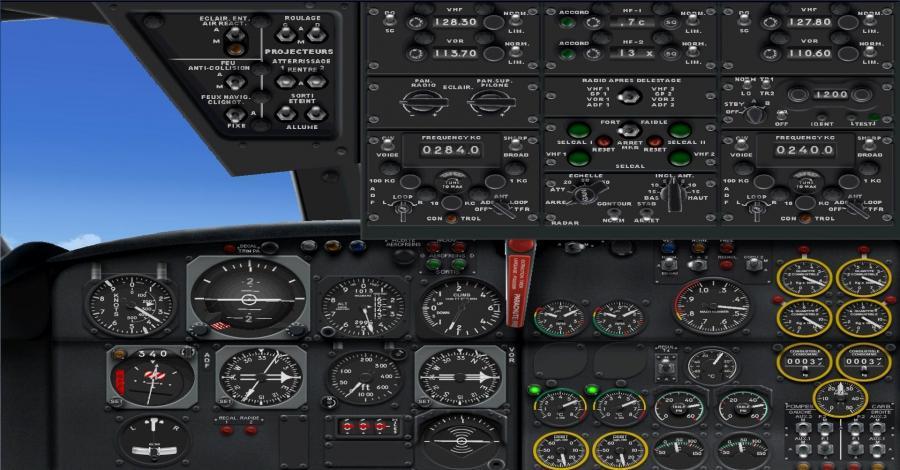 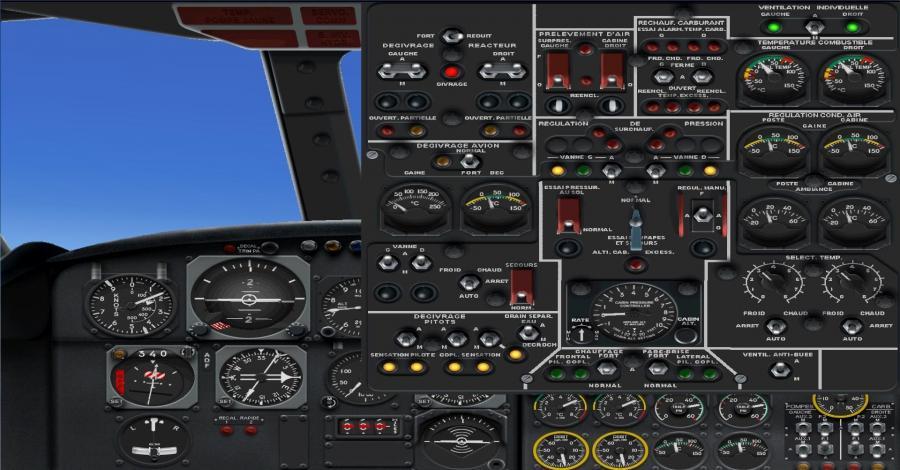 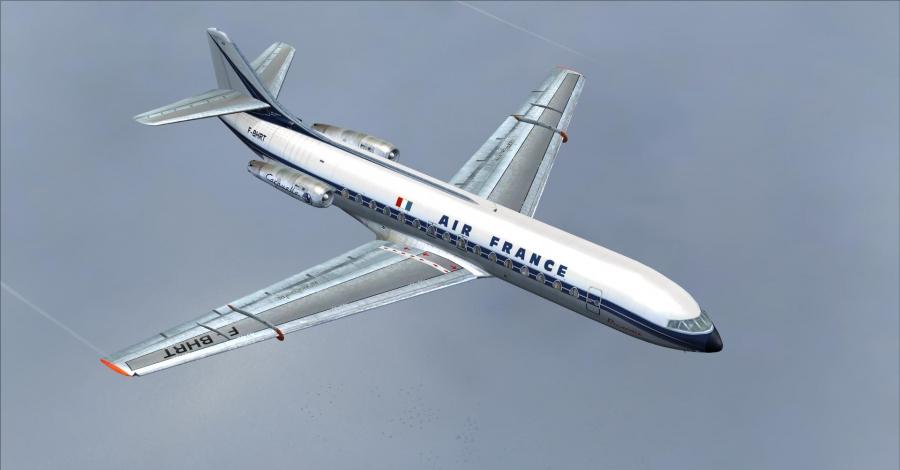 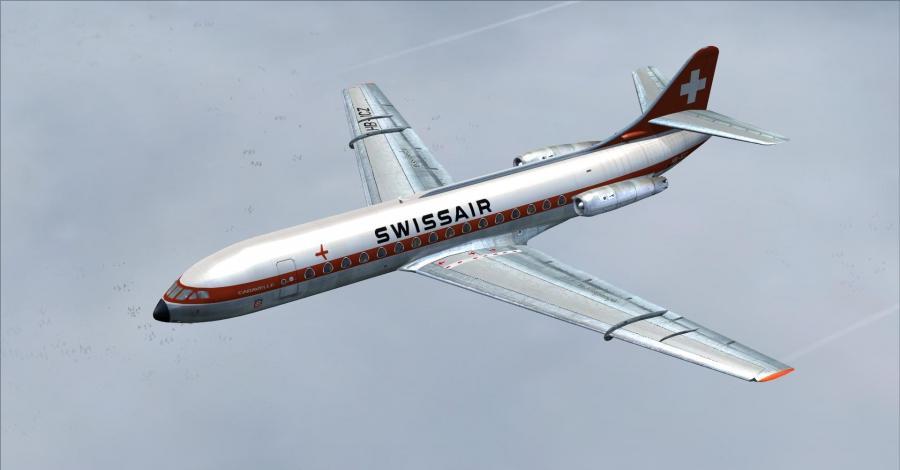 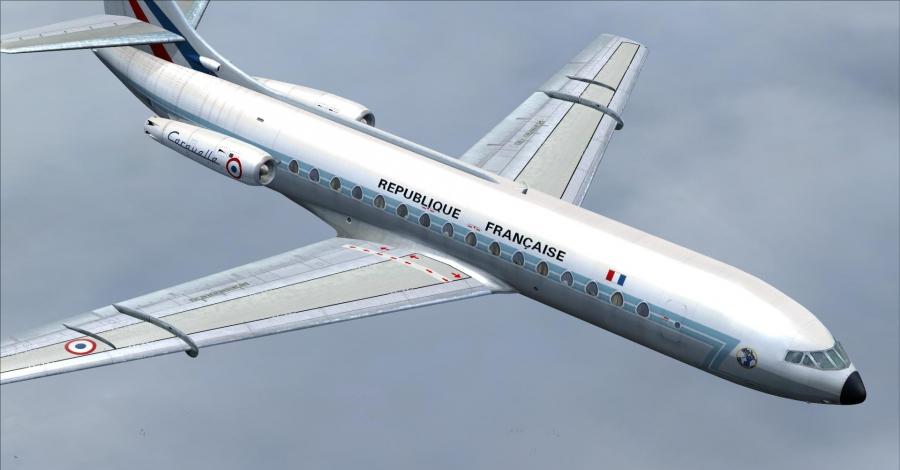 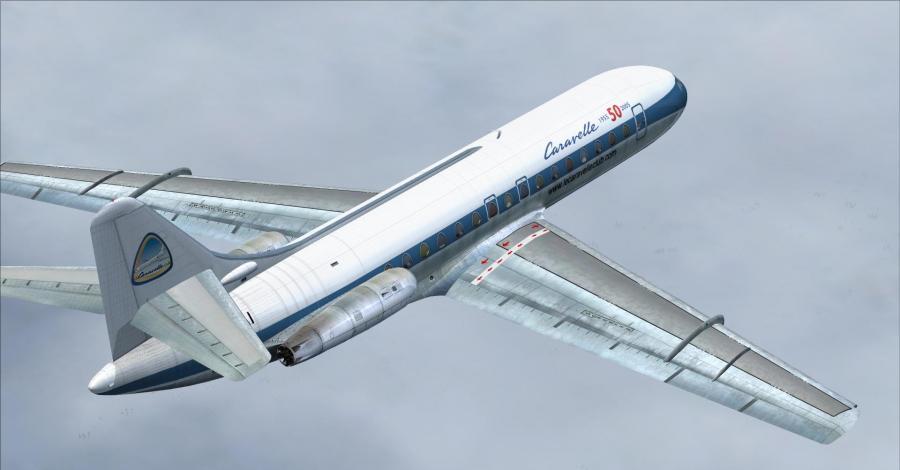 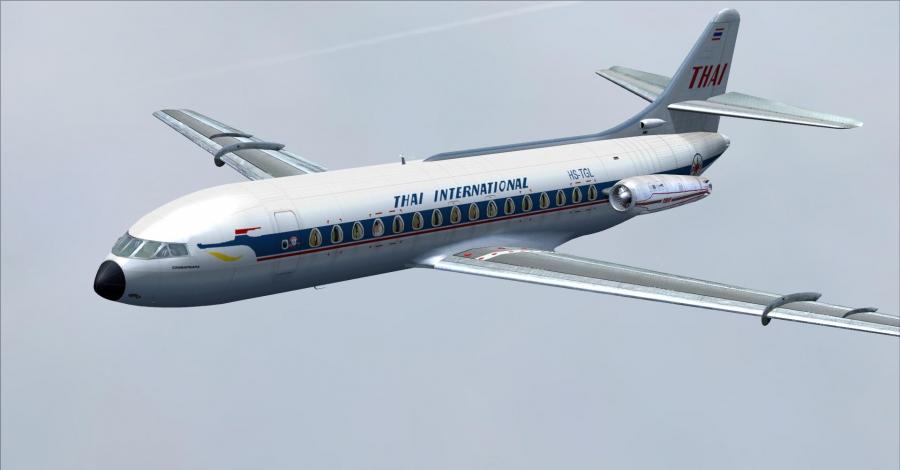 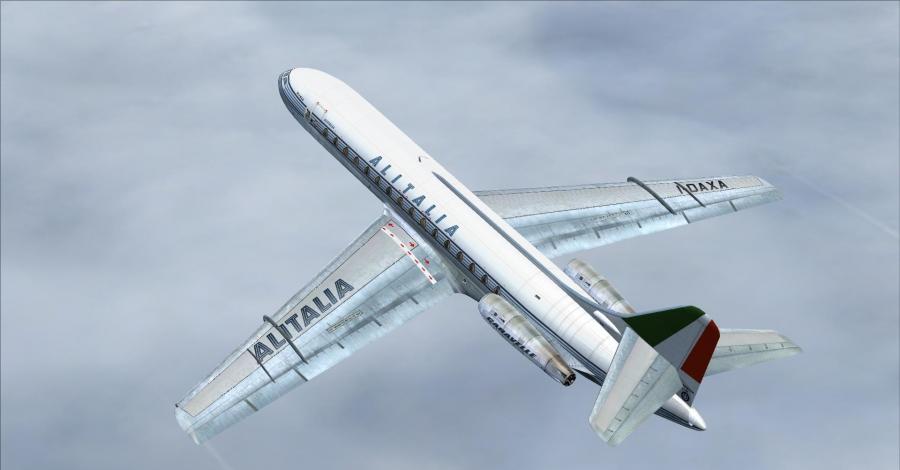 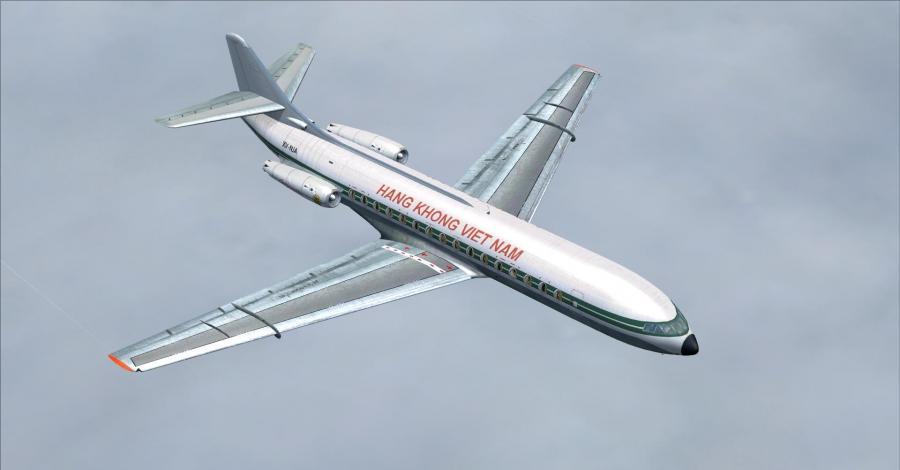