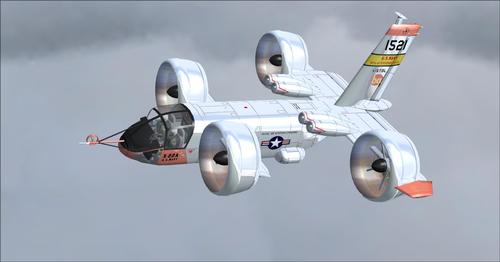 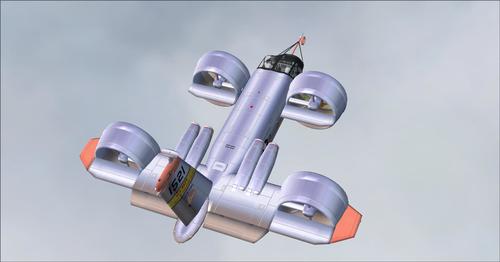 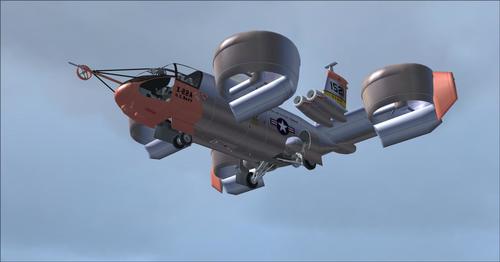 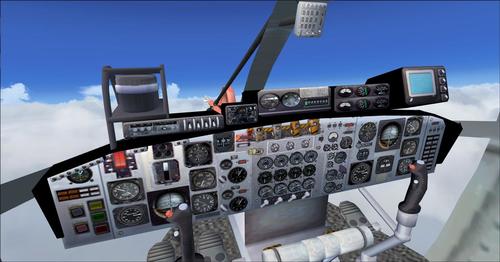 The Bell X-22 was a United States V/STOL X-plane with four tilting ducted fans. Take-off was to selectively occur either with the propellers tilted vertically upwards, or on a short runway with the nacelles tilted forward at approximately 45°. Additionally, the X-22 was to provide more insight into the tactical application of vertical take-off troop transporters such as the preceding Hiller X-18 and the X-22 successor, the Bell XV-15. Another program requirement was a true airspeed in level flight of at least 525 km/h (326 mph; 283 knots). (Wikipedia).

This add-on is included with two repaints and one with metallic texture, basic VC, 2d panel and custom sounds. use the F6 and F7 keys to guide the rotors.