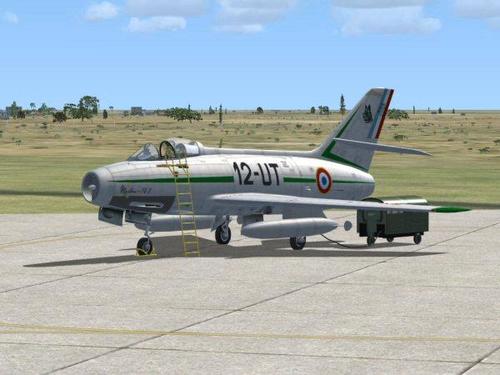 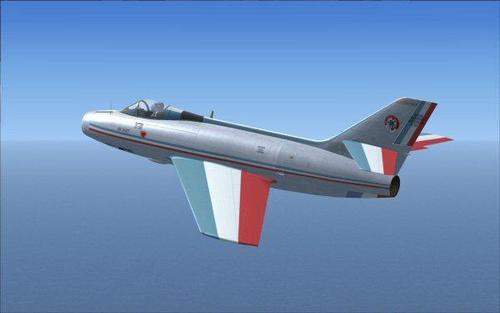 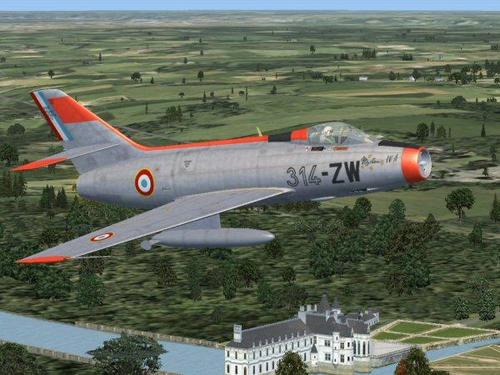 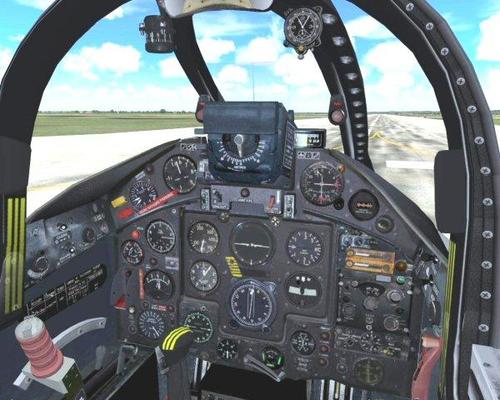 For the model compatible with FS2004 click here
Superb reproduction and high quality, everything is included: Sounds, virtual cockpit and model.
Be sure to read the user manual in French. Contains 9 repaints. The Dassault Mystère IV was a 1950s French fighter-bomber aircraft, the first transonic aircraft to enter service in French Air Force.

The Mystère IV was an evolutionary development of the Mystère II aircraft. Although bearing an external resemblance to the earlier aircraft, the Mystère IV was in fact a new design with aerodynamic improvements for supersonic flight. The prototype first flew on 28 September 1952, and the aircraft entered service in April 1953. The first 50 Mystere IVA production aircraft were powered by British Rolls-Royce Tay turbojets, while the remainder had the French-built Hispano-Suiza Verdon 350 version of that engine.

Israeli Mystère IVs saw action during the Arab-Israeli Wars and were joined by the French Mystères for the Suez crisis. On 8 June 1967, Israeli aircraft were involved in the tragic and controversial attack on USS Liberty.

India procured 104 of these aircraft in 1957. It was used extensively in the Indo-Pakistani War of 1965. On 7 September 1965, Squadron Leader Ajjamada Devayya of the Indian Air Force shot down a F-104 Starfighter commanded by Flight Lieutenant Amjad Khan of the Pakistan Air Force in a raid over Sargoda. Amjad managed to score several hits on Devayya's Mystère and believed it to be destroyed, so he broke off to look for another target. However, Devayya's Mystère was still operable, and he successfully shot down the Starfigher. Devayya was killed or crashed soon after. This battle went unnoticed in India until it was later revealed in John Fricker's book Battle for Pakistan. Devayya was awarded the Maha Vir Chakra posthumously 23 years after the battle.