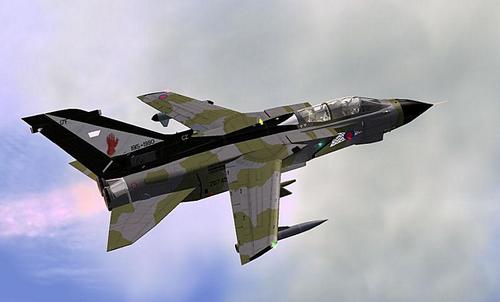 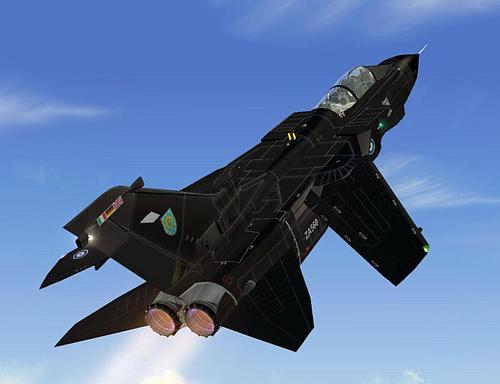 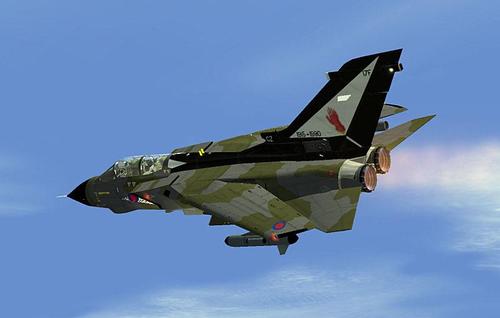 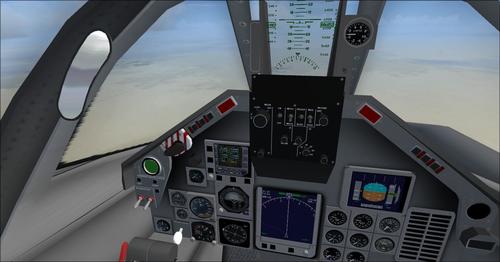 Superb Tornado GR4 (Panavia Tornado) adapted for FSX-SP2 by rikoooo, the only one who's works on Internet ! Some textures have been recreated and alpha-channel modified to make the glass transparent and the bottom of the virtual cockpit opaque.

Basically, this is an old payware model from Iris Simulation, now freeware.

The after-burner effects are impressive and custom sounds too. The wings can be folded back for greater penetration of air, just lower the flap lever to deploy them.

The Panavia Tornado is a jet multi-role fighter developed jointly by Italy the UK and Germany in the 1970s. Two-seater, twin engine, with variable geometry wings, it was produced almost 1,000 copies commissioned in the 1980s, and exported to Saudi Arabia.