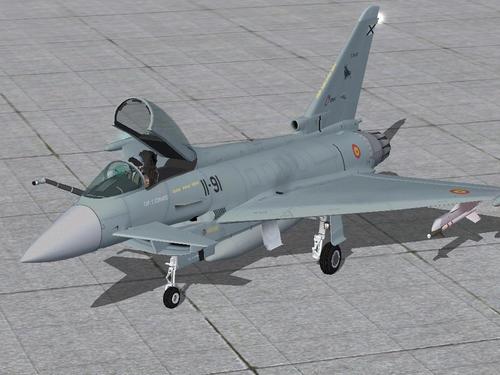 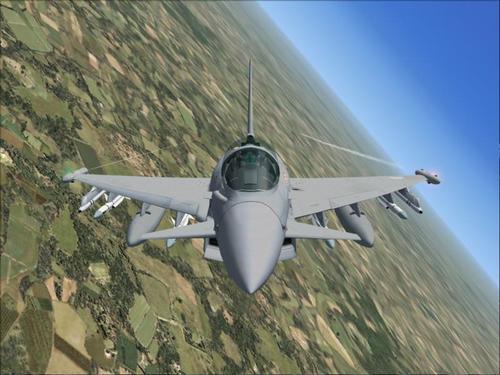 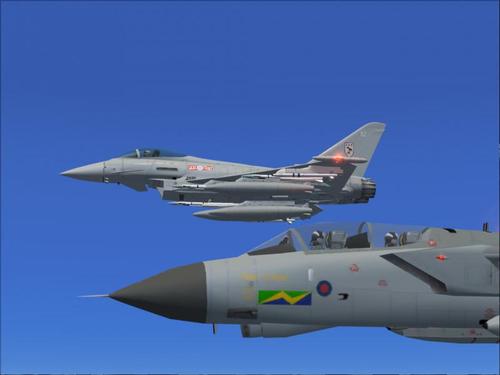 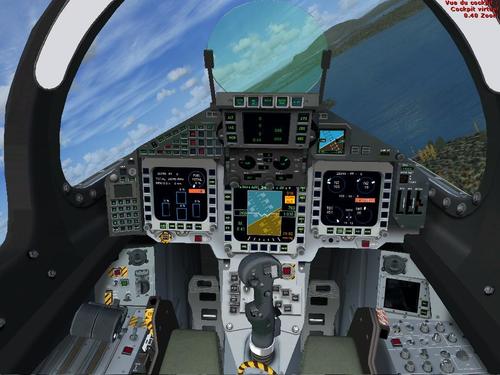 For the FS2004 compatible version click here
NOTE: The FS2004 HUD and RADAR are not compatible with FSX so are not included. The panel.cfg settings are still there so an alternative could be pasted in.

The Eurofighter Typhoon is a twin-engine, canard-delta wing, multirole fighter.[6][7] The Typhoon was designed by a consortium of three companies, EADS, Alenia Aeronautica and BAE Systems, working through a holding company, Eurofighter GmbH, which was formed in 1986. The project is managed by the NATO Eurofighter and Tornado Management Agency, which acts as the prime customer.[8] Eurofighter Typhoon is being produced serially by the EADS, Alenia Aeronautica, and BAE Systems consortium. The aircraft is being procured under separate contracts, named tranches, each for aircraft with generally improved capabilities. The Typhoon has entered service with the Austrian Air Force, the Italian Air Force, the German Air Force, the British Royal Air Force, the Spanish Air Force, and the Royal Saudi Air Force. (Wikipedia)

Speedbrake - use the / key, or click the panel button.

Drag Chute - uses the 'reverse thrust' feature of FSX/P3D, so press and hold the F2 key, F1 key to canel.

Flaps - the real Typhoon has its flaps controlled by computer so there are no flaps levers or gauges on the panel. The AlphaSim model reflects this, but the flaps can be used by the usual keypresses. There are only three flaps positions - fully up mid-way and fully down.

Refuel Probe - this uses the 2nd Exit command. Use the following keypresses (or reset to something else (recommended) in the keyboard assignments) -

V-C Switches - all of the switches in the v-c are mousable and in most cases bear the real text description found in the Typhoon. These switches are non-functional and for effect only. Some V-C switches do have FSX functions, these are the gear lever and landing lights switch on the left-side console, and the nav & panel light switches, fuel cutoff (engine shutdown) switch and 2 starter switches on the right-side console.

Shutdown using V-C switches - Shutdown is be clicking the Fuel Cutoff switch on the right-side console in the v-c, the switch has a red guard which has to be lifted first. The switch MUST be returned to the ON position once the engine is spooling down, otherwise restart will not be possible.

Starting using V-C switches - The user can start either by pressing the AutoStart button on the left upper panel, or the two starter switches can be used on the right-side console in the v-c. It's important to note that, a) the fuel shutoff must be in the ON position as described above, and b) the starter switches are effectively 'spring-loaded', the user has to click AND HOLD the mouse on them until the engine catches, this normally takes about 6 seconds of continuous holding, the 'hand' pointer will change to a 'fist' whilst the switch is being held. If you release the switch before 6 seconds is up, you will have to begine the procedure again. NOTE: The starter switches will not start the engines if the ctrl-shift-F1 keypress was used to shut down beforehand. The engines should be shut down using the red shutdown buttons on the throttle console if the v-c starter buttons are to be used. If you used ctrl-shift-F1, then ctrl-E will be needed to start up again.

Rear Cockpit - you can ride in the rear of the v-c by pressing and holding ctrl-Enter until the movement stops. Then press shift-Enter to raise the viewpoint as you will be sitting too low. Return by either reselecting the Typhoon or pressing ctrl-backspace to move forwards again, then shift-backspace to move back down to the correct height.

Smokesystem : there is a button for toggling the white air display smoke on/off in the top left buttons group.

AI Aircraft Labels :  there is a button for toggling the AI aircraft labels on/off in the top left buttons group. This is on by default if you have it set in your display options, so it will show red text on the button.

MultiPlayer : a lower-poly higher FPS model is included as an option to fly as the *player aircraft* in multiplayer sessions. It is not an AI model as such.