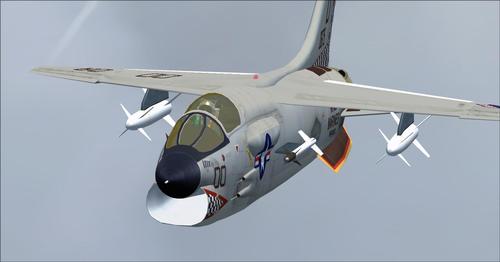 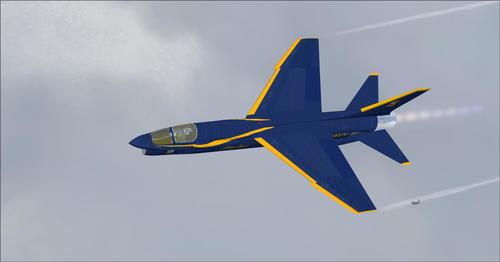 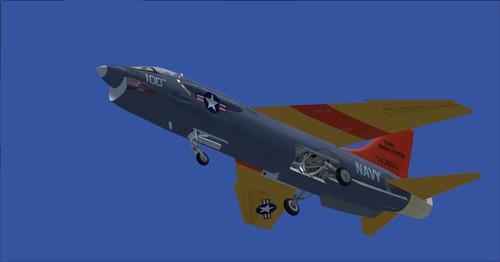 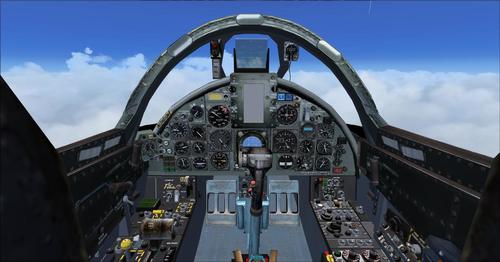 A very comprehensive and detailed add-on created by Roland Laborie (a French). Originally it was for FS2004 but thanks to our friend Danny Garnier it's now compatible (port-over) with FSX or Prepar3D. Includes a virtual cockpit (VC), twelve repaints and different versions, custom sounds, animations (fire, bombs, missiles, etc.), effects (post-combustion, etc.) and many other beautiful things.

The F-8 Crusader (originally F8U) is a supersonic fighter aircraft built by Vought for the United States, and onboard aircraft carrier. It is characterized by an air inlet and a nasal variable incidence airfoil. Despite an additional burden due to its naval equipment, it displays the same performance as its ground-based counterpart, the North American F-100 Super Sabre.

Below, the complete documentation in French with pictures (also included with the add-on)