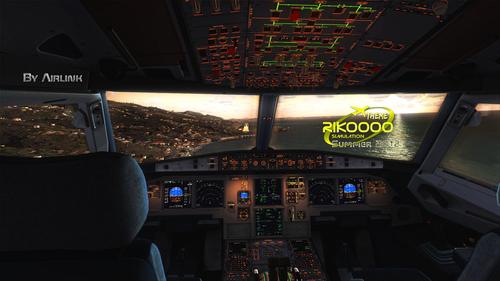 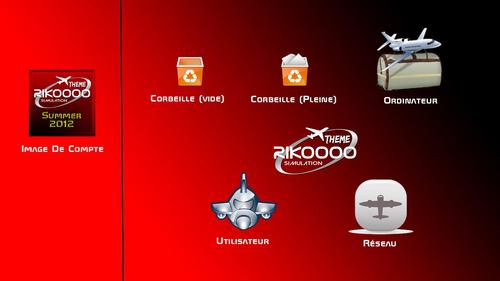 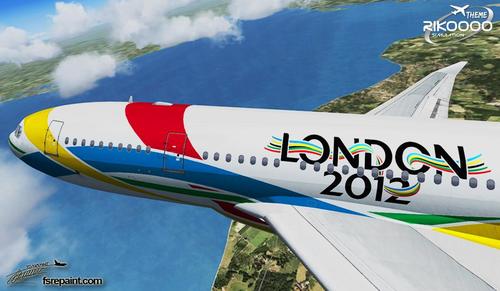 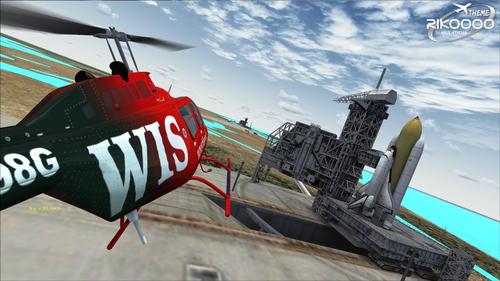 257 screenshots from Flight Simulator and X-Plane as well as photos taken by members compiled a Complete Theme for Windows 98 and later.

Furthermore wallpapers, screensaver consists of screens Contest Theme March-April 2012 will allow you to enjoy your screen even when your computer is idle.

This theme also changes your sounds for startup and shutdown of Windows.

The theme will also change the desktop icons, the trash empty and trash full, your user folder, the network icon, and replace them with icons on the theme of aviation. Your account picture can also be replaced by an image in the likeness of Rikoooo (Optional).

And after that, you want more? Well it's possible, because you can replace your Windows logon screen (optional) elected by the Top Screen in the Contest.

Also, you can replace the FSX Splash Screen (blue startup FSX) selected by the screen during the competition. (Optional)

And finally, you can also (optionally) replace your mouse cursor by that of an airplane animated !