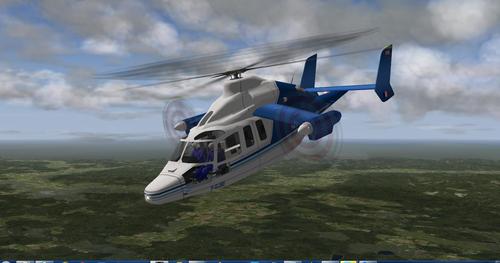 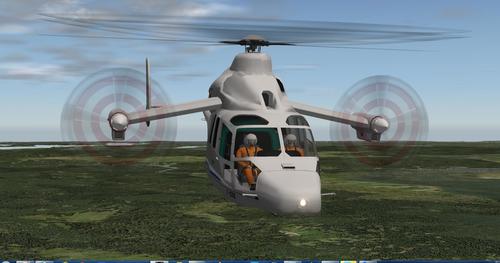 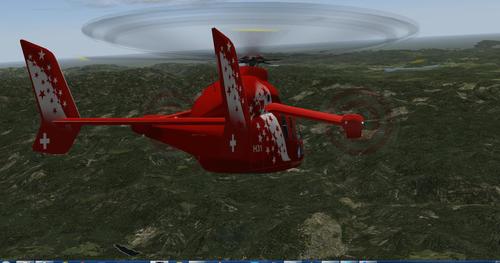 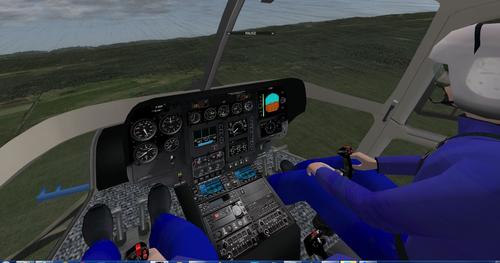 The main objective of this project is to enable the enjoy of flying a helicopter with this new technology. The flight model was created using the parameters proposed by Plane Maker (without plugins).
Side propellers allow many simultaneous functions get boosters and anti-torque, as in reality.
According to some tests made by Rikoooo, the virtual cockpit is invisible if the plugin "Gforce" is enabled. Try to see if you have the same problem.
Some information comes from data: engine NH90 The cabins of Dauphin / EC 155, X3 borrows characteristics.

If you are interested, a payware version (v2) is available on x-plane.org store. Rikoooo receives no commission on sales.

The Eurocopter X3 (pronounced "X-cube") is an experimental CMG manufactured by Eurocopter.
X3 demonstrator has two turbines that drive by a single gear box with a horizontal rotor blade 5 and the two screw propellers installed on stumps of wings.
This is the assembly of a cell Dauphin and a transmission main Eurocopter EC 175 with two additional outputs for ship propellers. The propulsion is provided by two engine NH90 Rolls-Royce/Turbomeca the RTM322 and are connected by a propeller shaft. (Wikipedia)