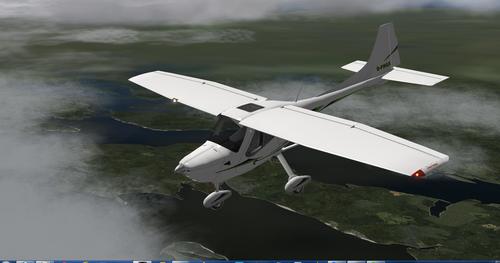 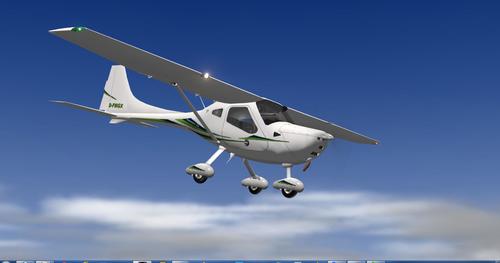 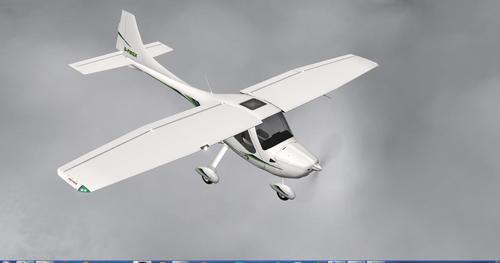 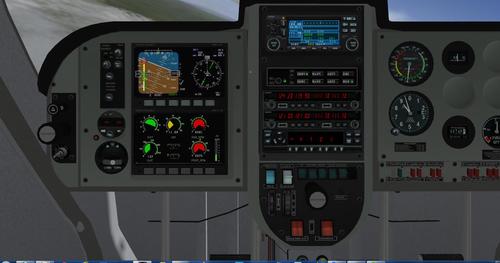 Version for XP9. For the version compatible with X-Plane 10 click here.

This add-on Remos GX came second in the competition organized in January 2013 by x-plane.org. An add-on of an excellent quality where simulation has been pushed to maximum realism (see video). The POH is included in the download. You can fly the Remos GX according the numbers in the POH. Remos recommends 20 degrees of flaps on take-off. Retract flaps slowly after achieving a positive rate of climb. Best cruise is 4800-4900RPM - trim as needed. Final approach should be approx. 75MPH with 15-20 degrees of flaps. Vso is approx. 44MPH. There's a very simple TS two-axis autopilot (Heading and Altitude) on the panel for your convenience. Note that the Heading uses the HDG BUG on the HSI, not the GPS or VOR OBS!

The Remos G3 Mirage and Remos GX are variants of a high wing, two-seat, single engine, light aircraft, built in Germany and sold worldwide. Remos GX is the current model since 2006.