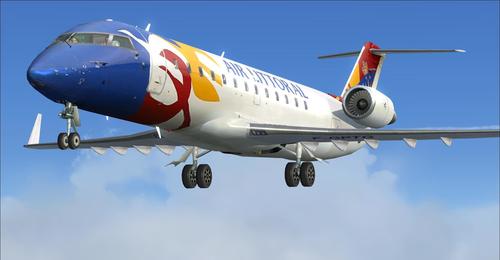 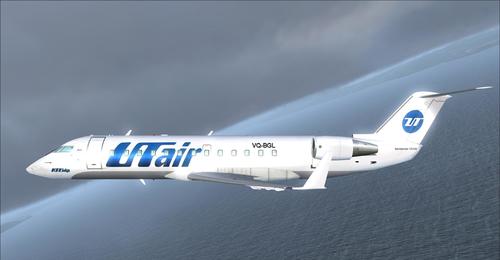 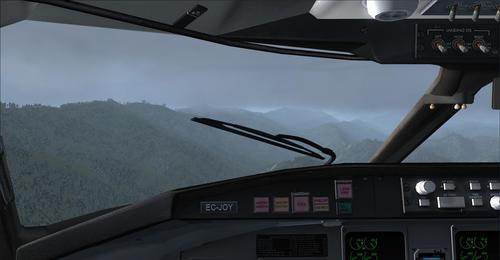 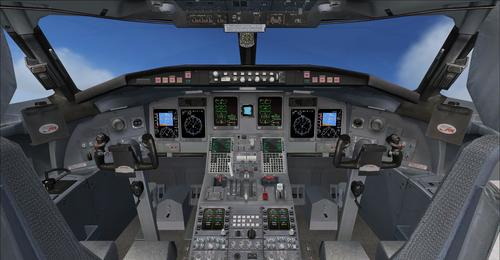 Updated on 28/05/2018: Thanks to Simon Kelly (member of Rikoooo) for the correction of the weight, the quantities of fuel and more (modification of the file aircraft.cfg) and the addition of a checklist and reference for this add-on.

Updated on 25/05/2018: 3D model - Correction of ailerons and rudder animations that were incorrect. P3Dv4 - Correction of flight numbers in Aircraft.cfg. Update of the automatic installer.

It is with permission of Mitsushi Yutaka that Rikoooo converted the POSKY CRJ-200 from FS2004 to two new native FSX / P3D models using "Model Converter X" and "Blender" programs. The model includes all the animations, new bloom effect, "Emissive MultiplyBlend", "Global Environment Map as reflection" and "blend diffuse by diffuse alpha". Rikoooo also created some beautiful night textures and a new alpha channel for a metal reflection effect, all textures have been converted to DXT5 format for full compatibility with FSX and P3D giving a faster frame rate.

This is a rework of the default Bombardier CRJ 700 cockpit in Microsoft Flight Simulator X.
Included in this pack with permission from David Hoeffgen (Thank you to him).

The main features are :

For more information read the manual of Virtual Cockpit.

This pack also offers real and custom sounds for the CRJ-200 (CF34 Turbofan) by Christoffer Peterson. Rikoooo also added sounds for "No smoking" and "Seatbelt" notifications.

32 repaints from all over the world :

If you don't want an automatic installer, this is a download link to ZIP version
Download CRJ-200_Full_Pack_Riko_FSX_P3D.zip