The General Dynamics F-16 Fighting Falcon is a multirole fighter developed by the United States during the 1970s Ordered by more than 20 countries, built under license in Turkey, South Korea and a group of four countries NATO F-16 in 2013 is the fighter most used in the world, according to one estimate, 2,309 aircraft in service in 2012 or 15% of all combat aircraft in the world . 4 500th copy was delivered in April 2012 and production is expected to continue at least until 2017 for export. (Wikipedia) 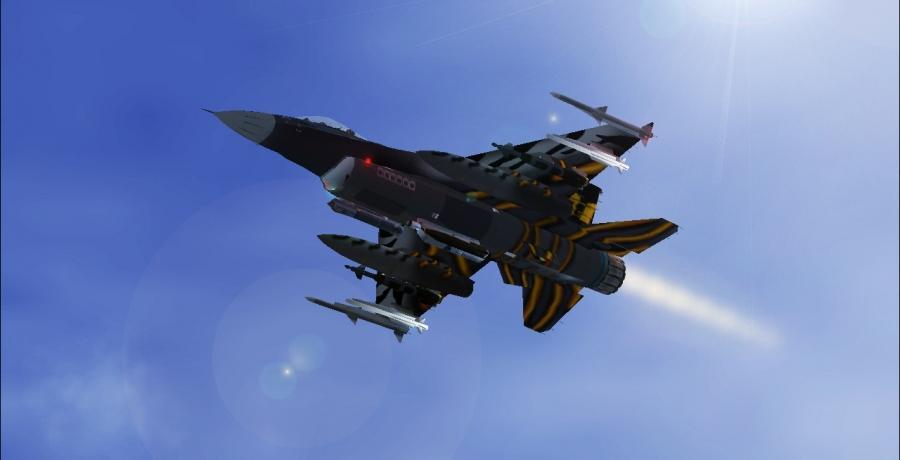 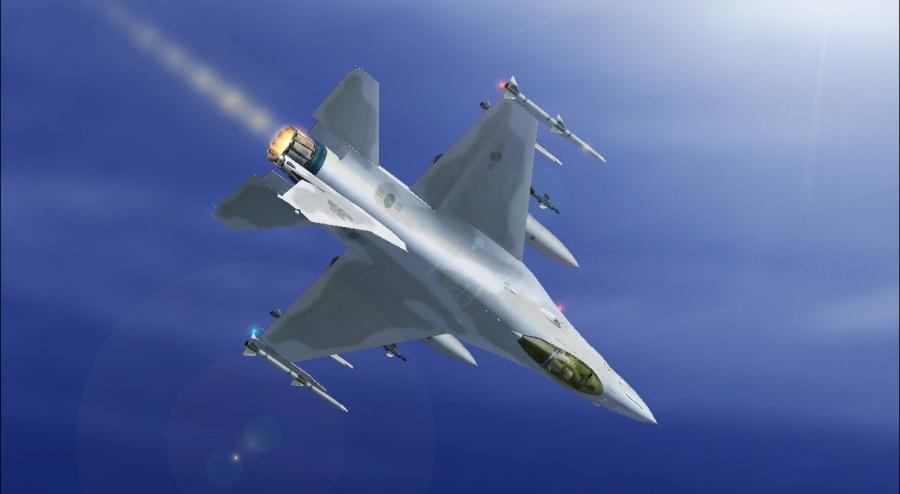 2. Extend Flaps to full (F8). Adjust speed with throttle and airbrake to stay on glide slope.

4. Just before the runway at about 165 knots extend airbrake (/), pitch nose up
and increase throttle to slow descent.

6. Hold positive nose pitch until speed has been reduced to between 130-140 knots.
Then slowly lower the nose and apply brake between 100-120 knots.