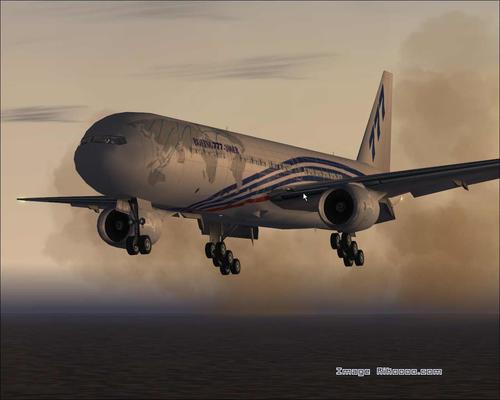 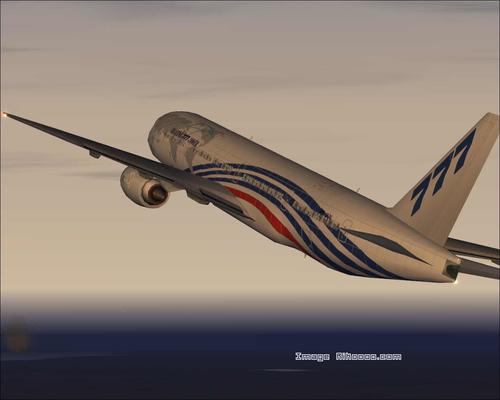 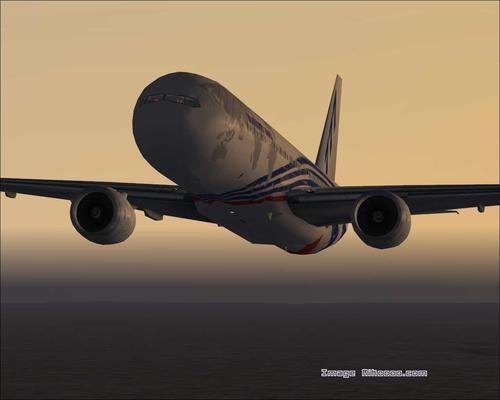 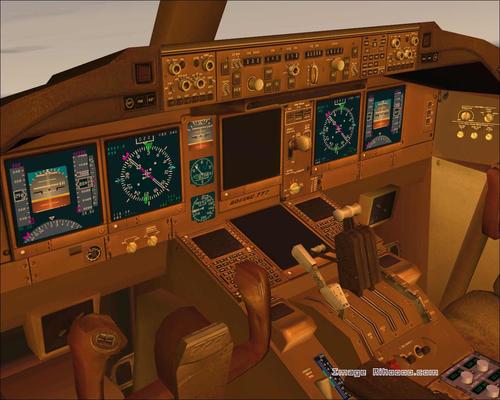 The Boeing 777 or 777 or commonly called Triple Seven is an airliner widebody, long-haul jet built by the Boeing Company. It is the largest jet in the world, with a capacity of 300 passengers and a range from 5 235 to 9 380 000 sailors (9 695-17 370 km) depending on model. The "Triple Seven", its distinctive features are the largest diameter turbofan engines of an airliner in service, six wheels on each main landing gear and fuselage of circular cross section ending in a blade.

Developed in partnership with eight major airlines, the 777 was designed to replace older wide-body models and provide a buffer between the 767 and the 747. First Boeing commercial aircraft flight controls Electrical controls the 777 has computer-aided. This is also the first commercial airliner designed entirely on computer.