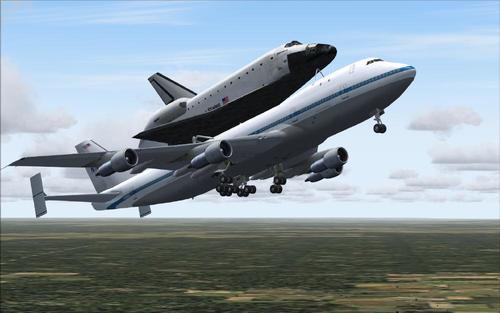 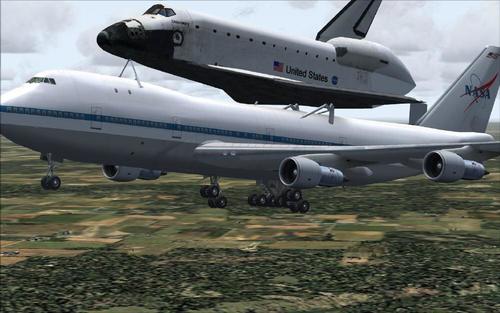 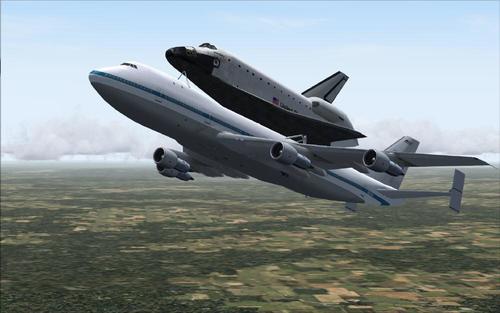 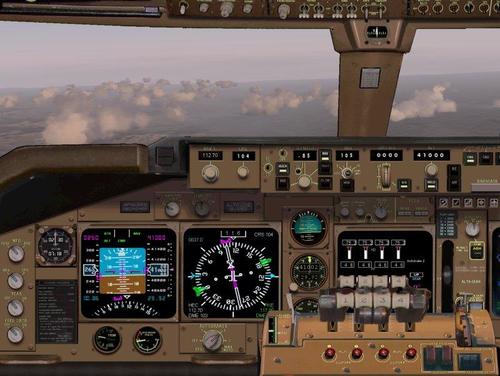 The Shuttle Carrier Aircraft (SCA) is the name of two Boeing 747-100 modified to carry the Space Shuttle. The shuttle is too big to be put in the hold, it is fixed to the roof of the SCA.

These aircraft are primarily used to move the shuttle from their airfield base to their space launch at the Kennedy Space Center.

The 747 is not the only aircraft carrier to be used in a space shuttle, the Antonov An-225 has also played this role for the Soviet Buran project. (source: Wikipedia)

Wonderful achievement! it is an extensive work of high quality, the visual details are impressive. This pack includes a specific panel from Ken mitchel and custom sounds.