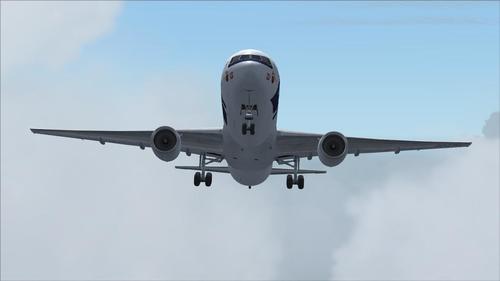 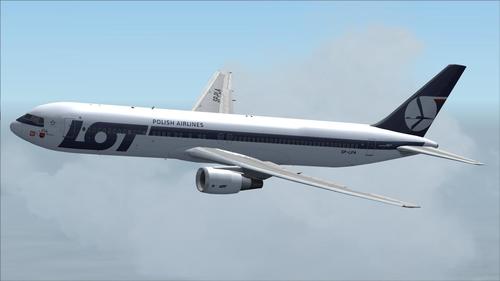 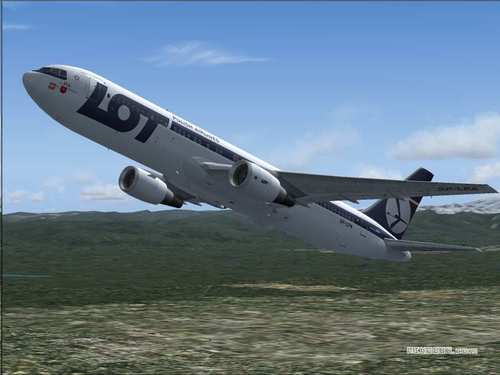 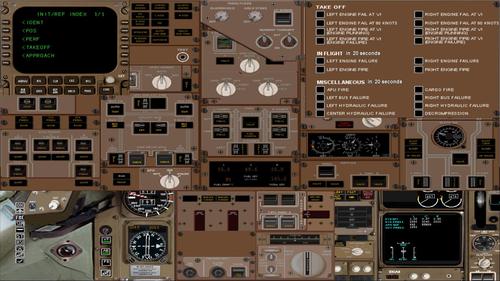 Boeing 767-300 high quality LOT colors, this add-on requires a good graphics configuration. 3D model made in detail. FMC is functional and 2D panel very complex for the hard-simmers. A must for FS2004 !

The Lotnicze LOT Polskie Linie (English, LOT Polish Airlines) (IATA: OL ICAO code: LOT) is the national airline of Poland. Established on 1 January 1929, it is one of the oldest in the world, the first aircraft used were Junkers F13 (15 copies) and Fokker F.Vlla/1m (6 copies).

LOT joined airline alliance Star Alliance in 2003 and has a subsidiary EuroLOT, which provides domestic flights in Poland.

The Boeing 767 is a twin-engine airliner type long haul, produced by the American company Boeing. It made its first flight 26 September 1981. The different versions of the 767 passenger can carry between 181 and 375 people and battery life varies from 9400 to 12 200 km, depending on the version and configuration of the unit. The Boeing 767 is available in three different fuselages. The first, the 767-200, entered service in 1982, followed by the 767-300 in 1986 and the 767-400ER in 2000. Boeing has also developed versions "Extended Range" (ER) for the -200 and -300 versions, with greater autonomy and a higher payload. In 1995, Boeing has commissioned the 767-300F, a freighter version completely. Other freighter versions also exist, but it is used for passenger versions of the 767 that were converted.

The 767 was developed in tandem with the single-aisle aircraft Boeing 757. Both aircraft share many elements, especially at the design level and the cockpit. The Boeing 767 is the first airliner entered service with a flight crew consisting of two pilots only, which eliminated the use of services of a flight engineer.

In the 1990s, the Boeing 767 became the airliner used for most long-haul aircraft and was most commonly used by airlines for transatlantic flights between the United States and Europe. In 2009, total orders for the Boeing 767, all versions, was just over 1000, with 900 aircraft have been delivered. -300/-300ER Model of the Boeing 767 is the most popular version of this aircraft, with nearly two-thirds of total orders. In 2009, there were 864 Boeing 767 service, distributed among 48 airlines.

September 11, 2001, the day of the attacks in New York, two Boeing 767 that crashed into the twin towers of the World Trade Center. (Source Wikipedia)