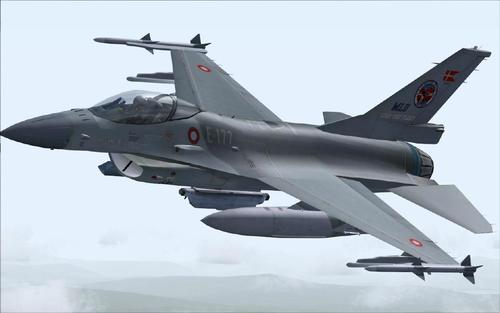 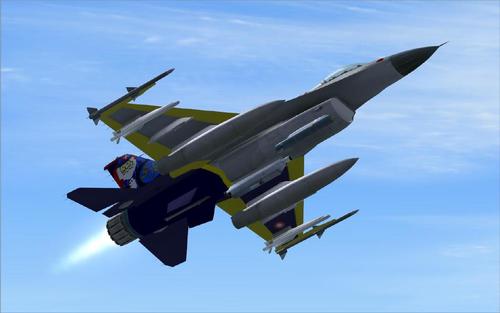 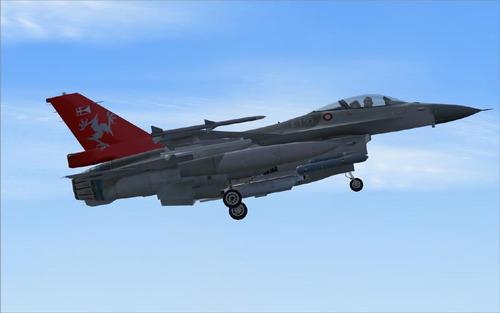 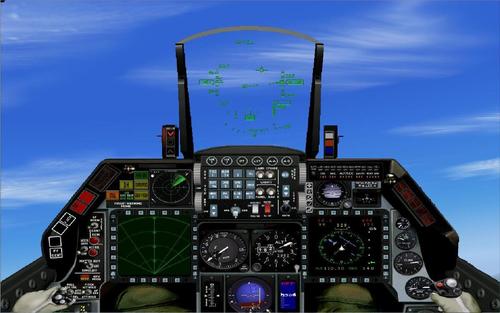 The F-16 Fighting Falcon aircraft is a multi-role fighter developed by the United States during the 1970s. Controlled by more than 20 different countries, built under license in Turkey, South Korea and a group of four NATO countries, the F-16 in 2009 is the fighter most used in the world. 4 300th copy was delivered in April 2006 [1] and the production should continue even until the 2010s for export. (Source Wikipedia)

The F-16 Fighting Falcon was the first airplane aerodynamically unstable by design, which gives good maneuverability, but requires FBW. With a single powerful reactor, it is bi-supersonic, and its structure can absorb up to 9G.
The cockpit has several important innovations compared to previous hunters:
- The pilot's seat was tilted at 30 ° to withstand the load factors
- The large curved glass provides excellent 360 ° visibility for the crew
- The joystick is positioned laterally, and has many commands on a HOTAS (Hands On Throttle And Stick)
- The appearance of multifunction displays easy to read information.

The F-16 Fighting Falcon Viper is awsome and complete and functional ! Everything is there, it is graphically beautiful. Download without hesitation.

This package contains a radar and a head-up viewfinder (VTH) by Eric Marciano, this radar is not for free, I had no other choice than this payware radar, however, you can test it for 5 minutes, then a message will warn you that you need a registration key. You can of course continue to fly the F-16 but without radar or buy a key from this link:
https://emarciano.free.fr/Fr/ViperDen.htm

The radar is very nice