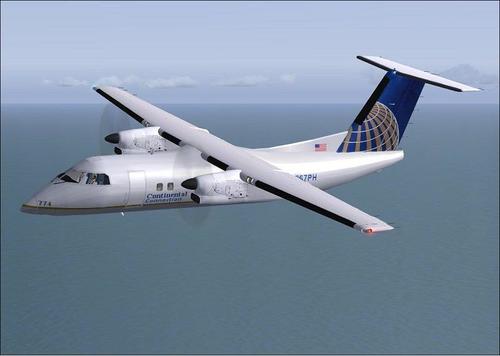 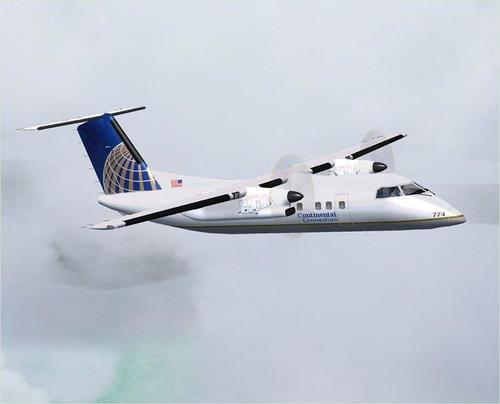 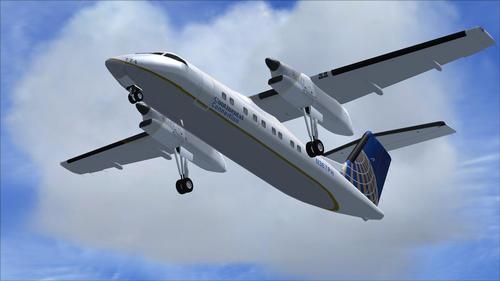 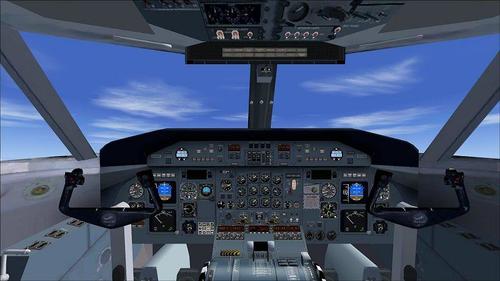 For the FSX compatible variant click here The Bombardier Dash 8 or Q Series,
previously known as the de Havilland Canada Dash 8 or DHC-8, is a series of twin-engined, medium range, turboprop airliners. Introduced by de Havilland Canada (DHC) in 1984, they are now produced by Bombardier Aerospace. Over 1,000 Dash 8s of all models have been built with Bombardier forecasting a total production run of 1,192 units of all variants through to 2016.

The Series 100 has a maximum capacity of 39, the Series 200 has the same capacity but offers more powerful engines.

All Dash 8s delivered from the second quarter of 1996 include the Active Noise and Vibration Suppression (ANVS) system designed to reduce cabin noise and vibration levels to nearly those of jet airliners. To emphasise their quietness, Bombardier renamed the Dash 8 models as the Q Series turboprops (Q200, Q300 and Q400).