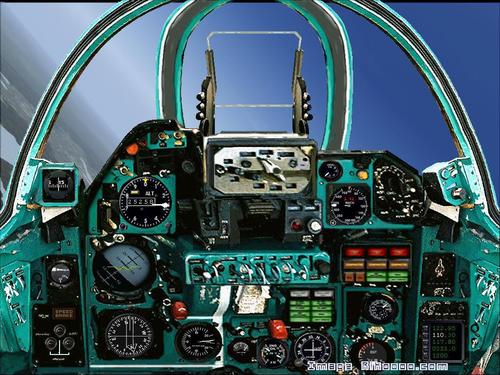 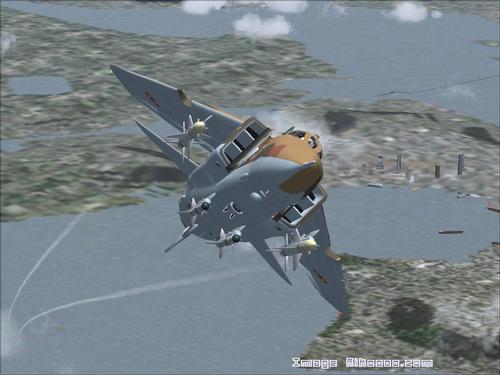 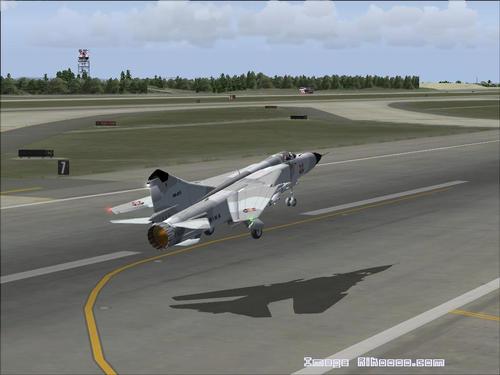 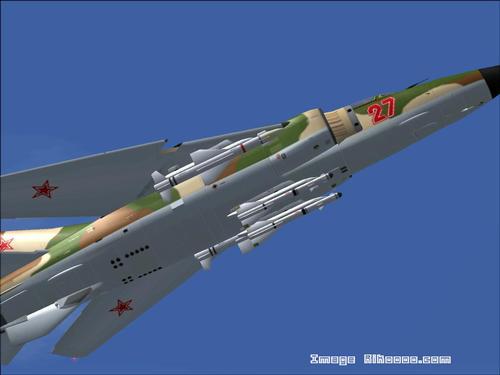 Name: Mikoyan-Gurevich 23. Russian aircraft that have replaced the Mig 21. Provided with an electronic computer. New generation, new engine, new radar.
It was one of the planes of the USSR at the height of those of the USA flying in their time.
The plane is very nervous, beware ! Fly it with sweetness because its response is fast. Available in 15 different countries (repaints).

The Mikoyan-Gurevich MiG-23 (Микоян и Гуревич МиГ-23 in Russian, NATO code Flogger) is a Soviet fighter with variable geometry, able to operate from small airfields and poorly maintained. Designed by Mikoyan-Gurevich is the first Soviet fighter able to identify and engage targets flying below him, and out of sight. A specialized version in the ground attack was also conducted. The MiG-23 was produced in large quantities from 1970, and the export version is still in the early twenty-first century still in limited service in various countries around the world. (Wikipedia)