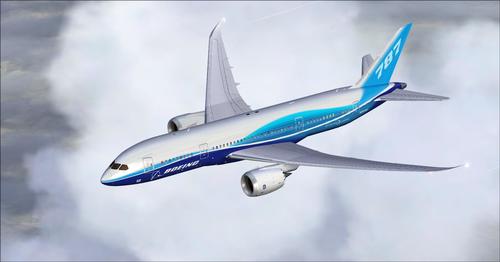 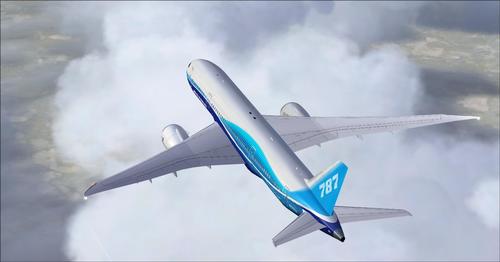 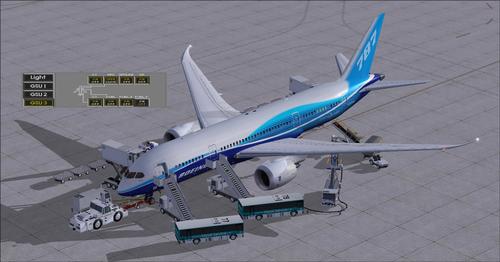 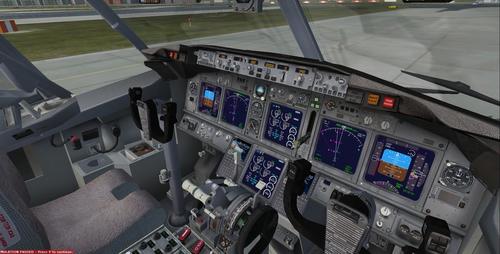 Beautiful Boeing 787-800 in the colors of DreamLiner for FSX & P3D (model by Tenkuu Developpers Studio), complete package with utility ground (bus, freight, stairs, refuelling, animations), the virtual cockpit is the 737 Advanced from Alejandro Rojas Lucena, both cockpits are close enough.

This aircraft carries between 210 and 330 passengers depending on the model and configuration, and is more fuel efficient: according to the original specifications of Boeing, a lower consumption by 20% to that of an Airbus A330 or Boeing 777. (Wikipedia)