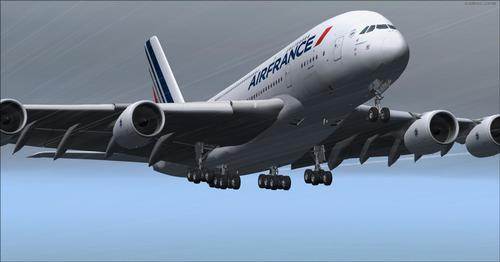 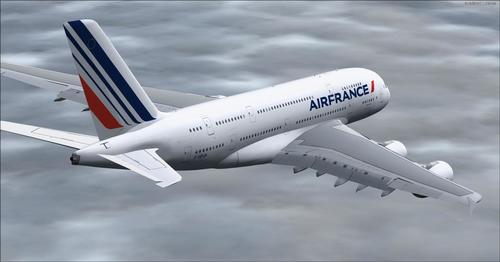 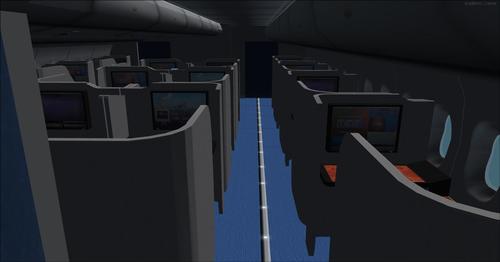 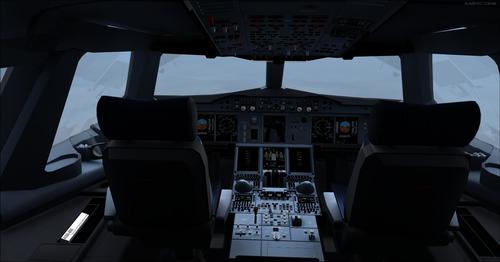 Updated on 05/05/2013: Fixes VC bugs and adding a 2D panel created by Rikoooo.
Airbus A380 Air France colors, it's complete pack ! Includes virtual cockpit based on a real A380 and custom sounds, this pack also fixes bugs with opaque glass (windshield) and radio. The first class cabin (second floor) is also modeled. Note that the windshield glass can become opaque if you're in the rain (only FSX SP2 and P3D). In 2012 Air France possessed eight such planes with 538 seats each equipped with engines "Alliance GP 7200."

The Airbus A380 is a very civil airliner widebody long-haul four-engine double-decker produced by Airbus, an EADS subsidiary. Its elements are built mainly in France, Germany, Spain, and the United Kingdom, the final assembly is done in Toulouse, France.

The A380 program, a total development cost of 12 billion euros, was launched in mid-1990 as the Airbus A3XX. The first flight took place on 27 April 2005 in Toulouse airport and the first commercial service was held October 25, 2007 by Singapore Airlines between Singapore and Sydney.

The A380 is, in 2012, the largest civil aircraft in passenger service, and the third largest aircraft in the history of aviation, after the Hughes H-4 Hercules and Antonov An-225. The A380's upper deck extends along the entire length of the fuselage, giving the cabin area 50% more than its direct competitor, the Boeing 747-400. (Wikipedia)


New 2D panel created by Rikoooo + corrected and adapted VC for FSX and Prepar3D
Included with HUD in the VC and 2D Panel, night textures, panel icons and some customs gauges  ...

The 2D panel is pre-installed and included in this pack. However, you can download it separately: Download 2D Panel (corrected VC) - 8MB pa_a380_2dpanel_rik_fsx.zip