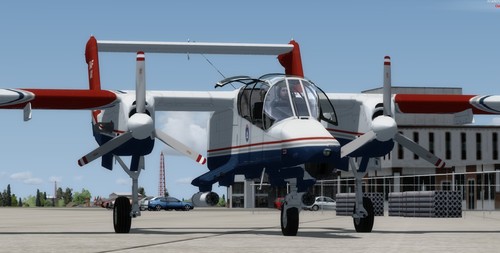 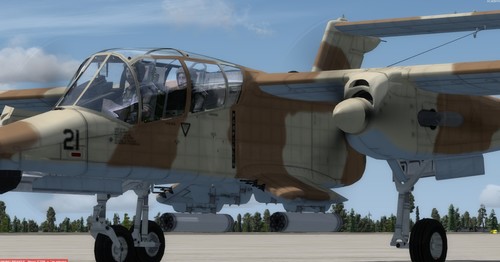 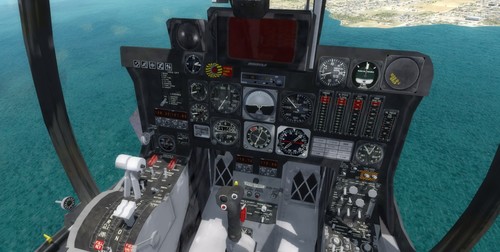 About the real plane :

The Bronco OV-10 is an artillery ground attack, reconnaissance and guidance aircraft designed by North American. He has been involved in, among other things, the Vietnam War and the fight against drug traffickers in Colombia until 2015. The OV-10D version was designed for the US Marine Corps in a night-watch role.

The OV-10D is equipped with improved turbines, canopy pylons that can carry rocket baskets, flares, free fall or laser-guided bombs, and external tanks. A FLIR AN/AAS-37 built by Texas Instruments and a laser designator were installed in a turret located in the nose of the aircraft. This can be connected to a General Electric M97 20 mm gun mounted in a turret under the fuselage instead of the OV-10A's cocking fins. The equipment is complemented by an optional APR-39 radar search and warning system, ALE-39 decoy launchers and an exhaust gas heat reduction system. (Wikipedia source).