Jumbo
Connexion
Search
Very nice scenery with LOD11 mesh (elevation) made by Rikoooo. The scenery consists of the HD Gran Paradiso National Park in Italy and its surroundings.

Gran Paradiso is a summit of western Italian Alps located between the provinces of Valle d'Aosta and Turin. Its altitude is 4061 meters. It is part of the Gran Paradiso massif which is the highest and the only one to exceed 4000 m. He is renowned as one of the 4000 Alpine more accessible. It often serves as the first ascent climbing beginners.

The Val d'Aosta is also called "Great wall" or "Mont Iseran, while in Piedmont is also known as" Monte del broglio " 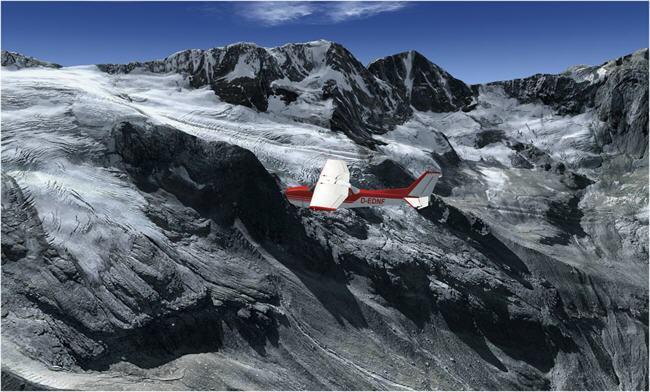 Caution large file 377 MB, it is recommended to use a download accelerator software to pause and resume at the point of arrest to have no surprises (eg FlashGet).

Important, how to use the scenery ? Start a flight, then during the game open the map and enter one of the GPS adress below to move directly your aircraft to the most interesting points:

You can also take your flight from the airport of Aosta (LIMW) and then go to the Gran Paradiso National Park as shown by the green line below
. 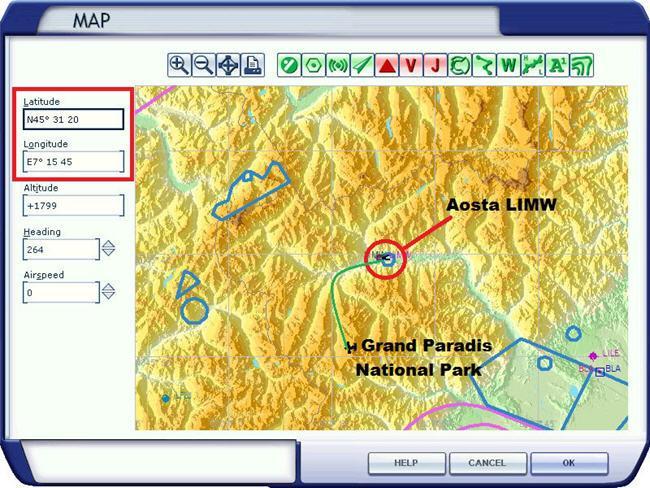 Below here are two important point, the first is the LOD11 ie the Mesh (elevation)  the rmap shows the area considered by the mesh, beyond this zone, the default FSX & P3D mesh will resume its place .
In the yellow circle that is the area of photo-realistic textures of the Gran Paradiso National Park, considered by the scenery. Beyond that, the default textures in FSX & P3D will show again. 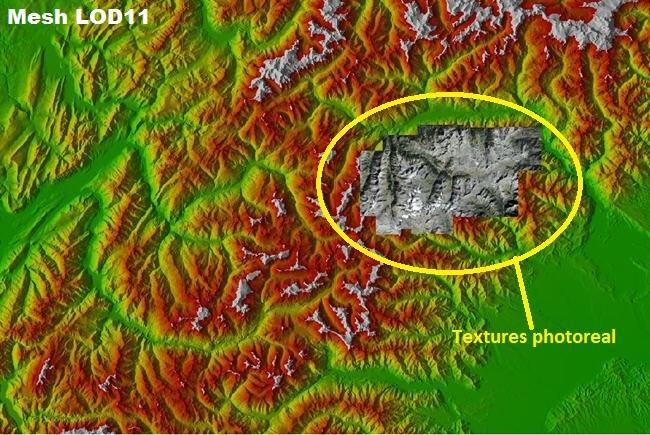